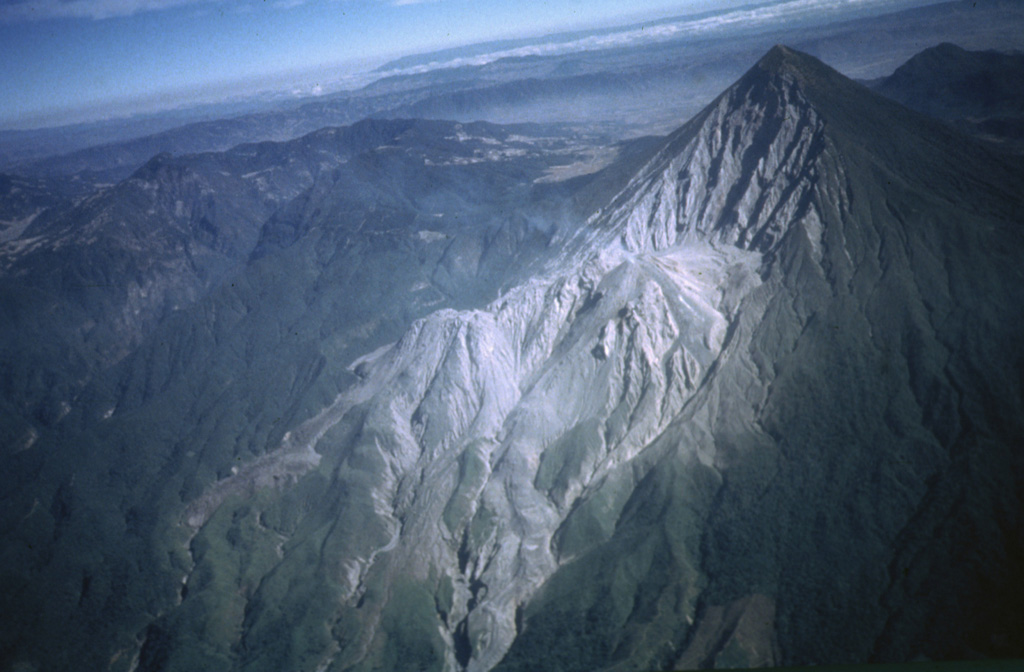 An aerial view from the SE shows the Santiaguito dacitic lava-dome complex at the base of the 1.5-km-wide 1902 crater cutting the flank of sharp-topped Santa María volcano. Lava flows from the Caliente vent at the eastern side of Santiaguito descend to the bottom center of the photo; lava flows from the western El Brujo vent are visible at the lower left. The broad volcano at the upper left is Siete Orejas ("Seven Ears"), named for the peaks along the rim of its broad summit crater, which is breached to the SSW. 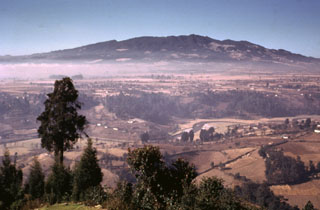