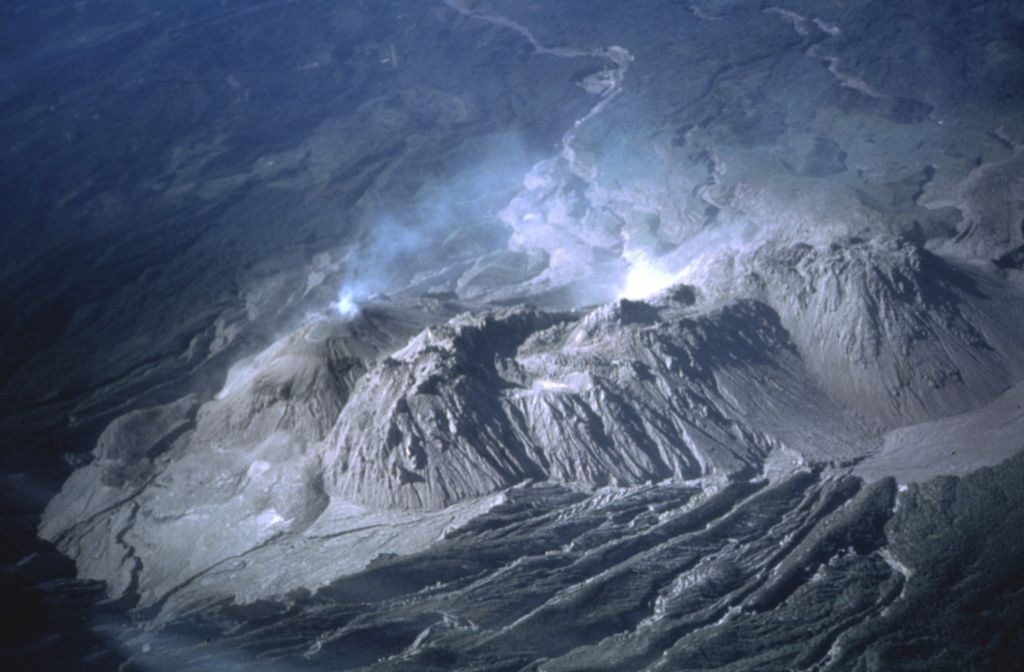 The four major vents of the Santiaguito lava-dome complex are seen here from the summit of Santa María volcano. Caliente vent is steaming at the left, with La Mitad and El Monje in the center, and El Brujo at the right. The dacitic dome complex stretches about 3 km in a roughly E-W direction. Since the birth of Santiaguito in 1922 the focus of activity has shifted frequently during episodic 3-5-year periods of increased growth spaced at 10-12-year intervals. Lava flows and lahar channels extend down drainage to the south from the dome complex.