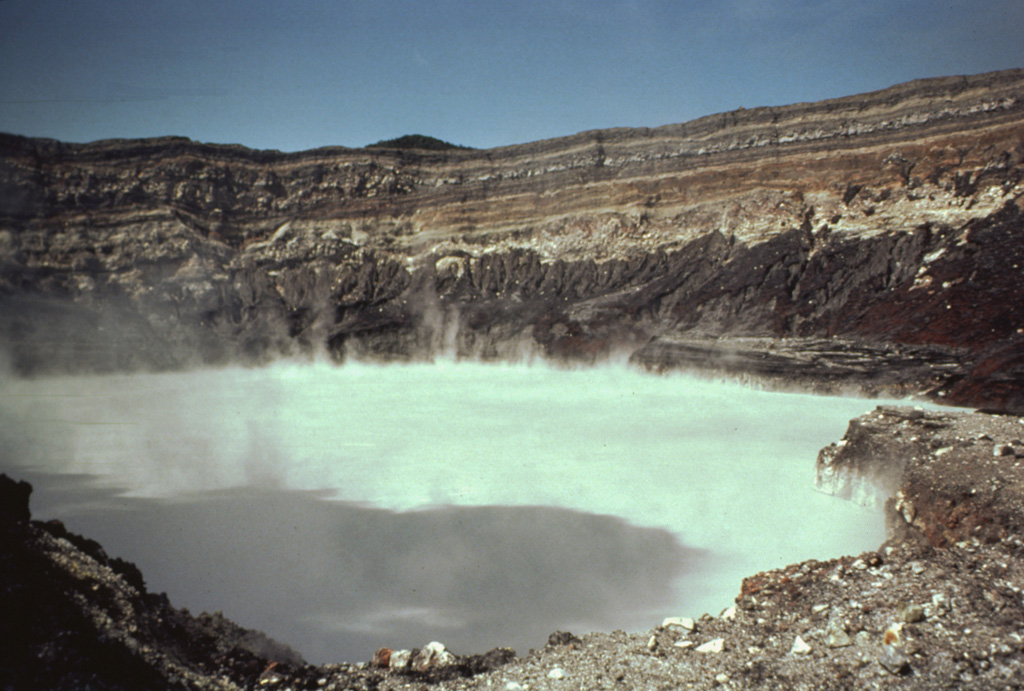 Steam rises above the crater lake at the summit of Poás volcano in 1982. The crater lake is one of the world's most acidic. The 800-m-wide crater lies near the center of the smaller of two calderas cutting the summit. A prominent bench (right) formed by lava flows and pyroclastic material is found at the eastern side of the crater. The diameter and depth of the crater lake varies with seasonal rainfall and eruptive activity; on occasion the lake has disappeared. Pyroclastic eruptions through the crater lake have sometimes ejected scoria formed from molten sulfur.