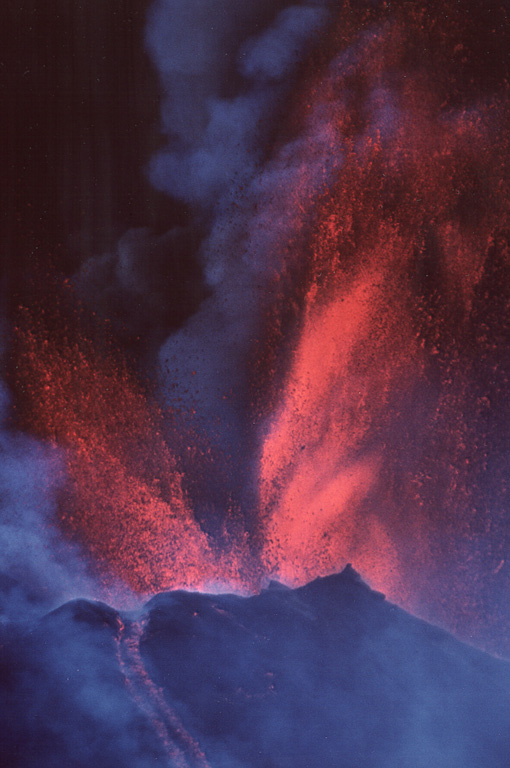 Vigorous lava fountaining that initially reached heights of 800 m but diminished to 300 m occurred during a major eruptive episode the afternoon of January 16, 2000. Fallout from the fountains fed near-constant nuées ardentes and lava flows that traveled to the SW and north. Typical strombolian activity resumed around 2030 hrs. The January 16 episode was one of the most spectacular at Pacaya in its current 35-year-long history of eruption. More or less continuous activity had resumed at Pacaya in January 1990 after a 9-month-long quiescence.