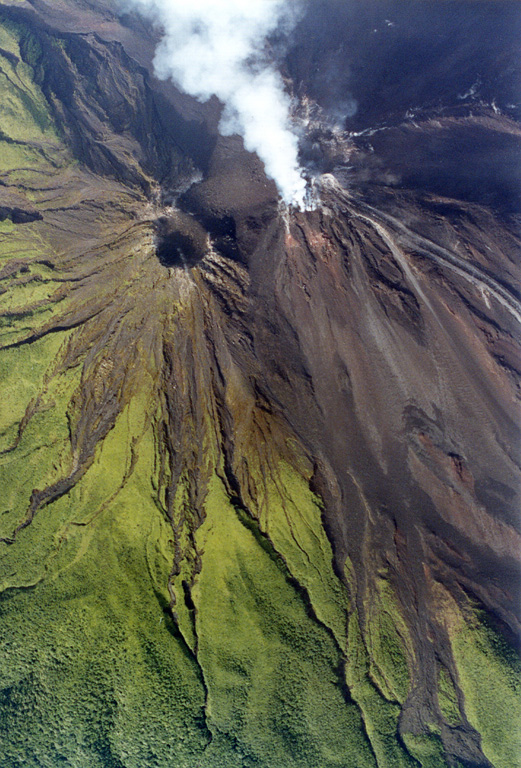 An active lava flow with small plumes rising from the margins can be seen at the upper right descending the Arenal NNW flank from the degassing Crater C complex on 29 June 1999. Below it, descending diagonally NE to the lower right, is another recent flow with clear lateral levees. The inactive crater to the left is Crater D, the pre-1968 summit crater.