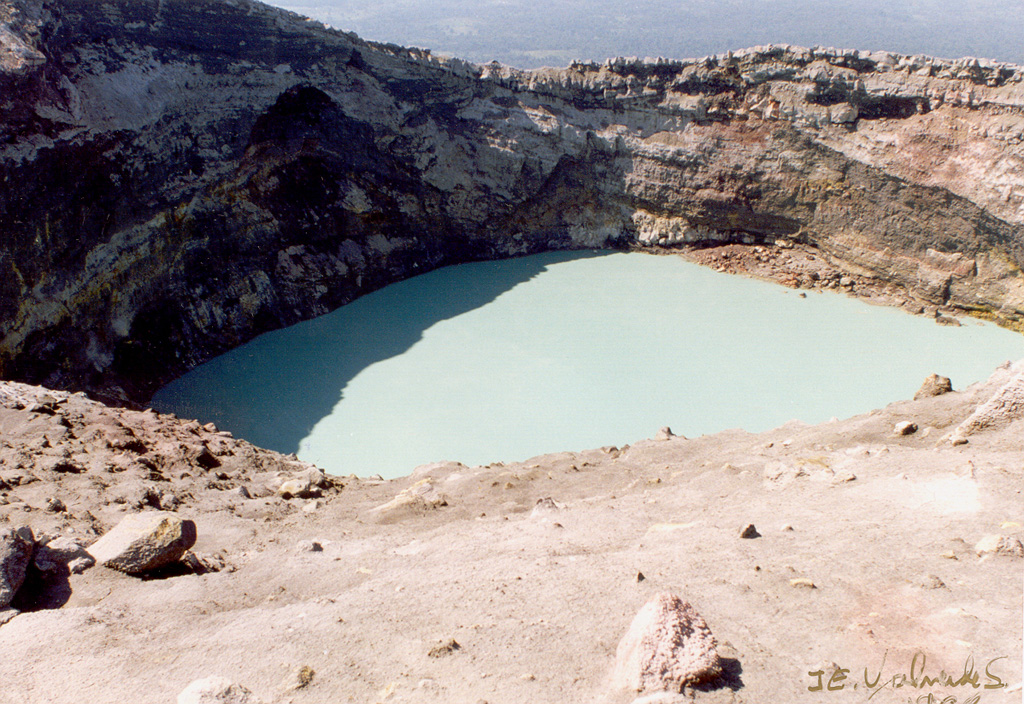 The crater lake of the Cráter Activo of Rincón de la Vieja is seen here on 2 April 1998 from its eastern rim during the 1998 eruption. The eruption began with phreatic explosions during 15-18 February that produced steam plumes up to 2 km above the crater lake, and scorched vegetation on the NE side of the crater. On 16 February a lahar traveled around 12 km down the Penjamo and Azul rivers. Twenty explosions were recognized from seismic records, and additional explosions were recorded in May, June, and September.