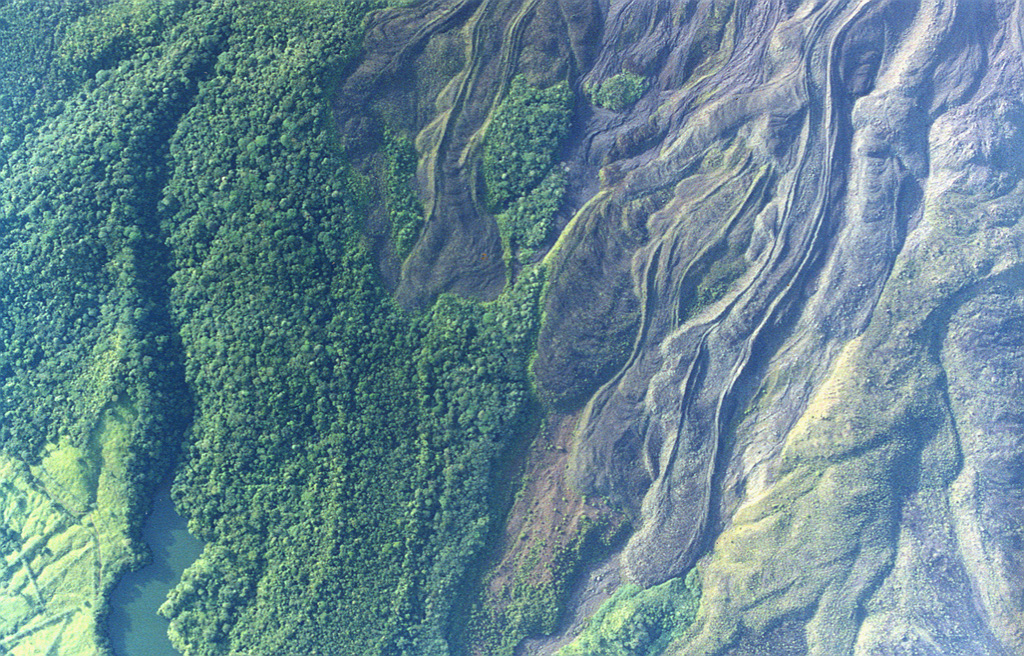 Lobate lava flows were emplaced down the northern flank of Arenal. Note the prominent flow levees and several kipukas (islands of forested land surrounded by lava flows). The eruption that began in 1968 covered much of the northern flank with lava flows. The lake at the lower left is named Peñaranda and lies at the edge of cultivated lands encroaching on the flanks.