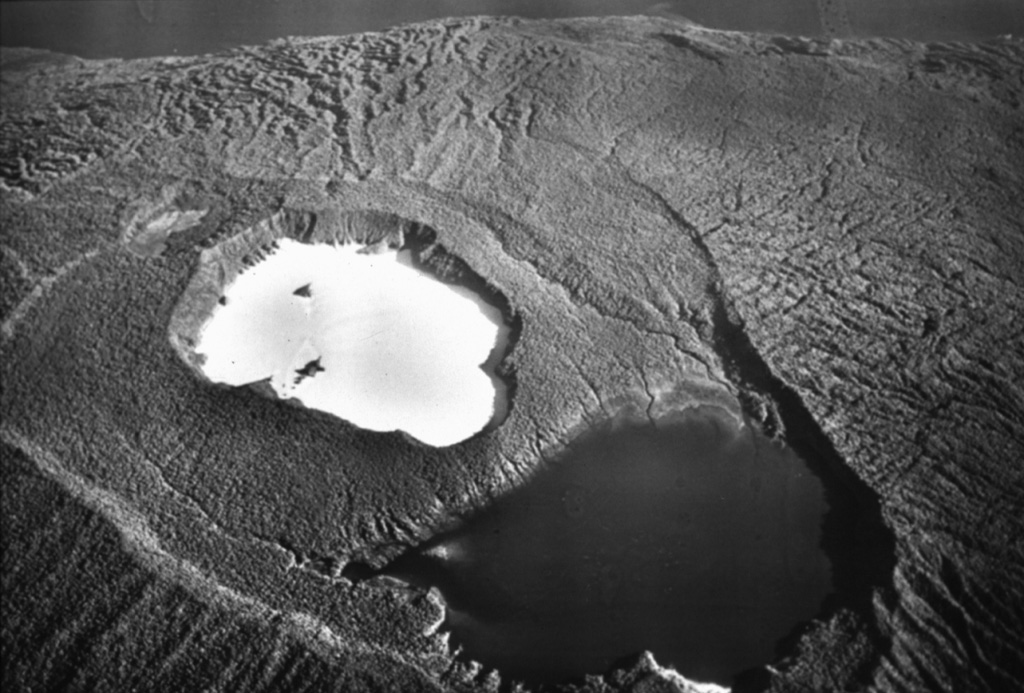 An aerial overflight during World War II shows the summit of Ambae volcano from the SE. A broad cone containing three crater lakes is located at the summit within the youngest of at least two nested calderas. Post-caldera explosive eruptions formed the summit crater of Lake Voui (the light-colored lake) about 360 years ago. Lake Manaro Lakua at the lower right (also known as Manaro Ngoru) is alongside the eastern caldera wall.