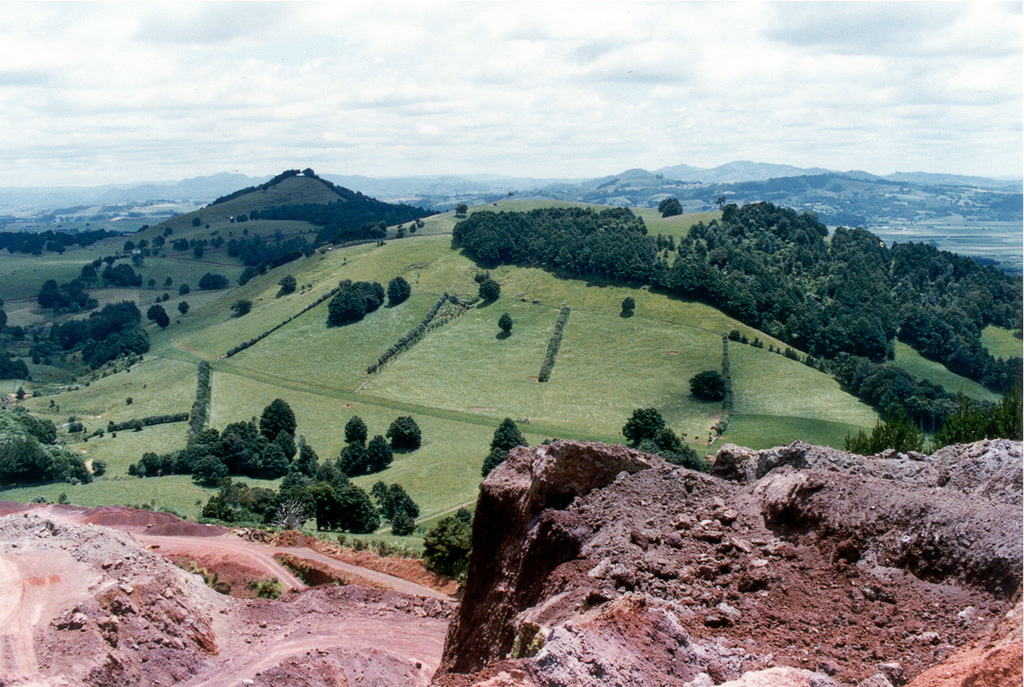 A group of scoria cones, one partially quarried in the foreground, lies at the NW side of the harbor city of Whangarei. The Whangarei volcanic field consists of Quaternary basaltic scoria cones and lava flows. The youngest basalts were initially mapped as Holocene, although the age of the field is not well known and could be late Pleistocene. 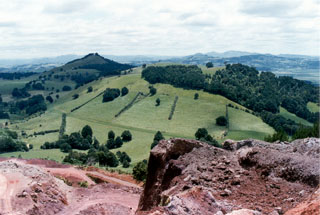