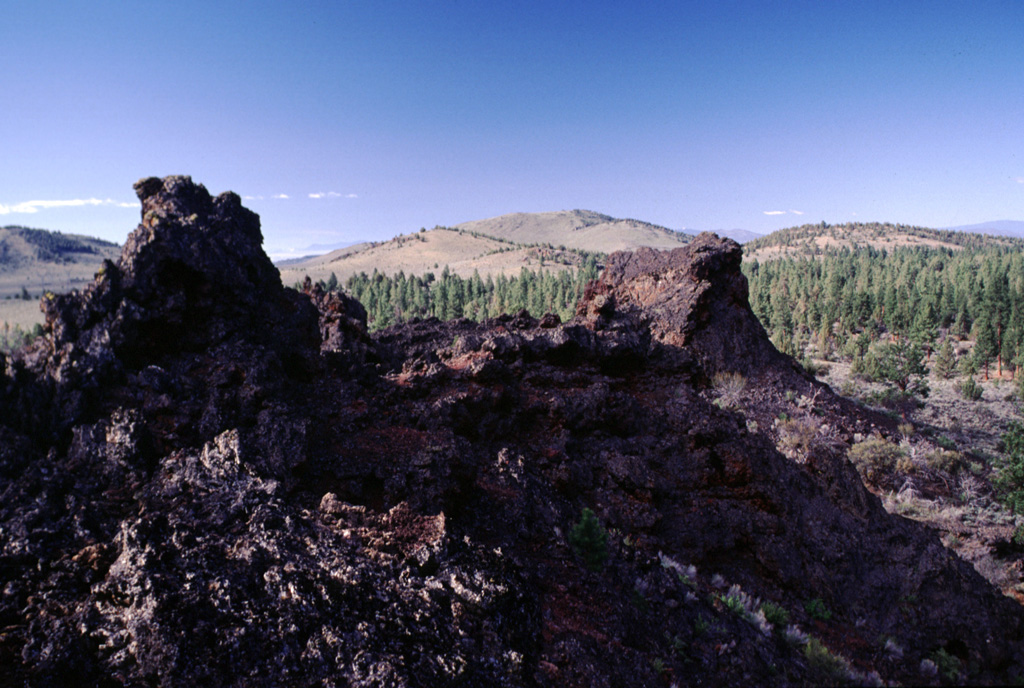 The Blowouts, the spatter vents in the foreground, are the source vents of the voluminous Devils Garden lava field. Devils Garden is the NW-most of a group of three lava fields SE of Newberry volcano and contains 117 sq km of overlapping pahoehoe lava flows erupted from fissure vents at the NE part of the field. The extremely fluid and inflated pahoehoe lavas typically left flows that increase from about a half meter thickness near the vent to about 5 m in the distal portion. The lava flows are either latest Pleistocene or early Holocene in age. 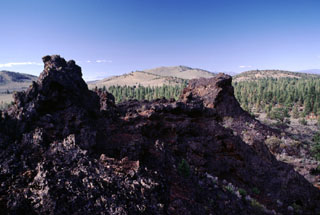