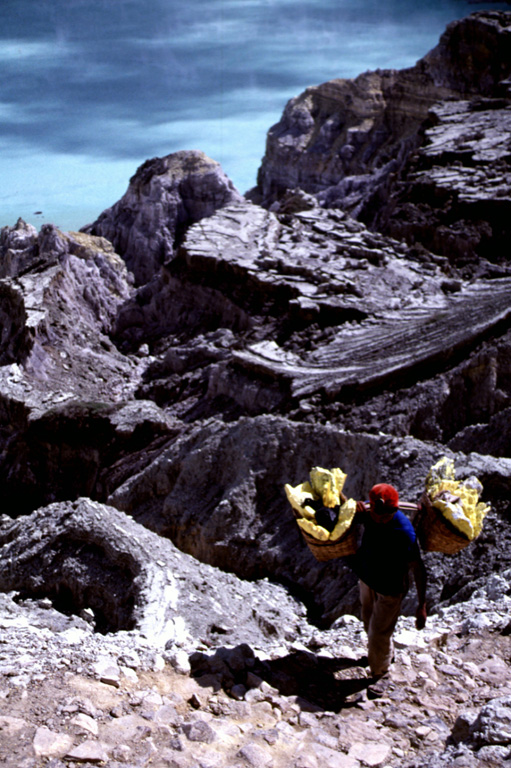 A sulfur miner carries baskets of elementally pure sulfur from a geothermal area near the shore of Kawah Ijen lake in eastern Java. Large blocks of sulfur are broken off and carried out of the crater in baskets before being transported to a sulfur mill on the SE flank of the Ijen caldera. The perspective in this view from near the SE crater lake rim looks down on the surface of the crater lake.