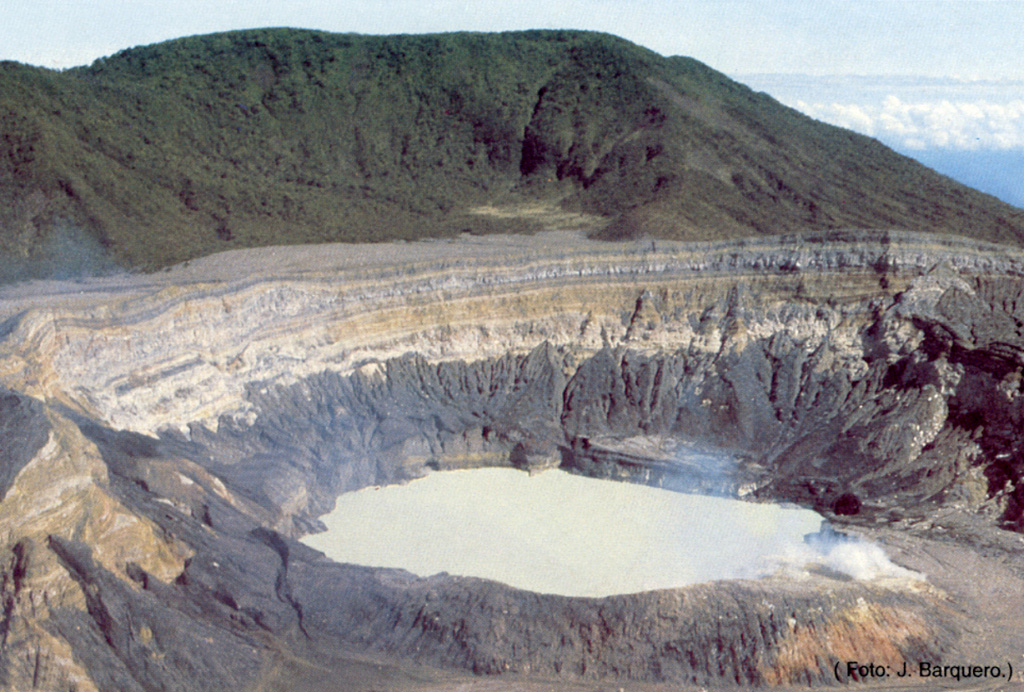 The acidic crater lake at the summit of Poás is seen here from the overlook on the southern crater rim. The von Frantzius cone in the background formed along the northern rim of the innermost of two large nested calderas at the summit. The crater lake has been the source of frequent phreatic eruptions.