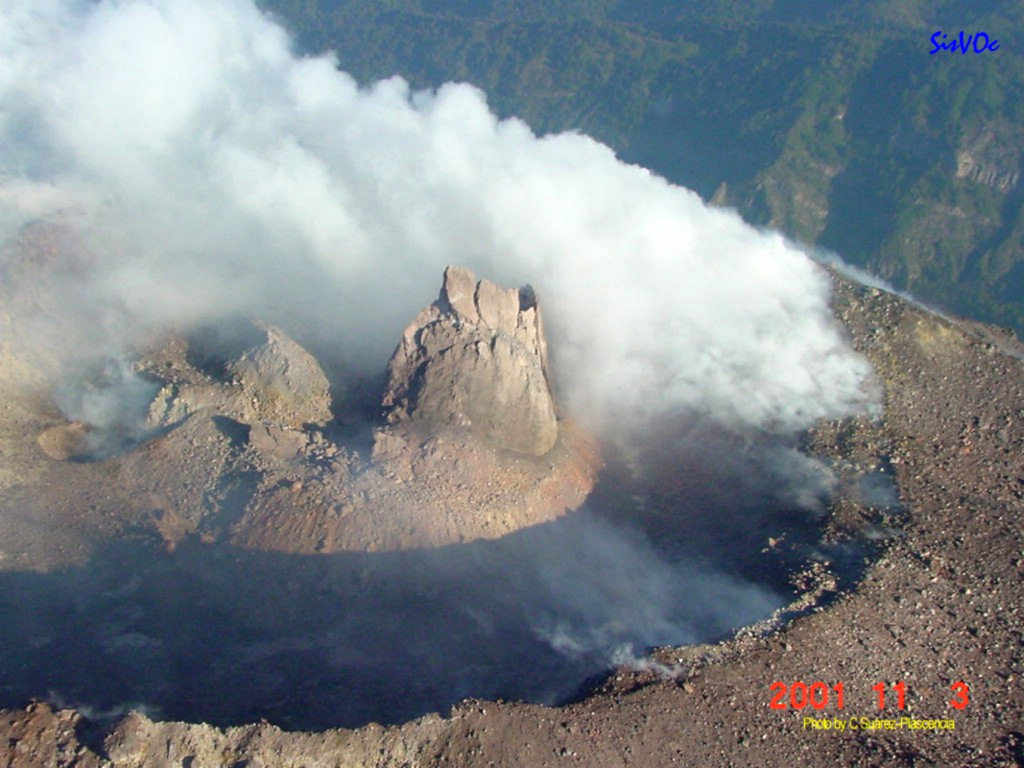 On 3 November 2001 this lava dome was observed on the north side of Colima's summit crater with a spine forming at the top. The spine was about 40 m tall, 40 m wide at its base, and smooth with vertical walls. Extrusion of this new dome had begun in early October and continued with a high extrusion rate, reaching a maximum on 14 October. This was part of a long eruption that began in November 1997 and was accompanied by small explosions.