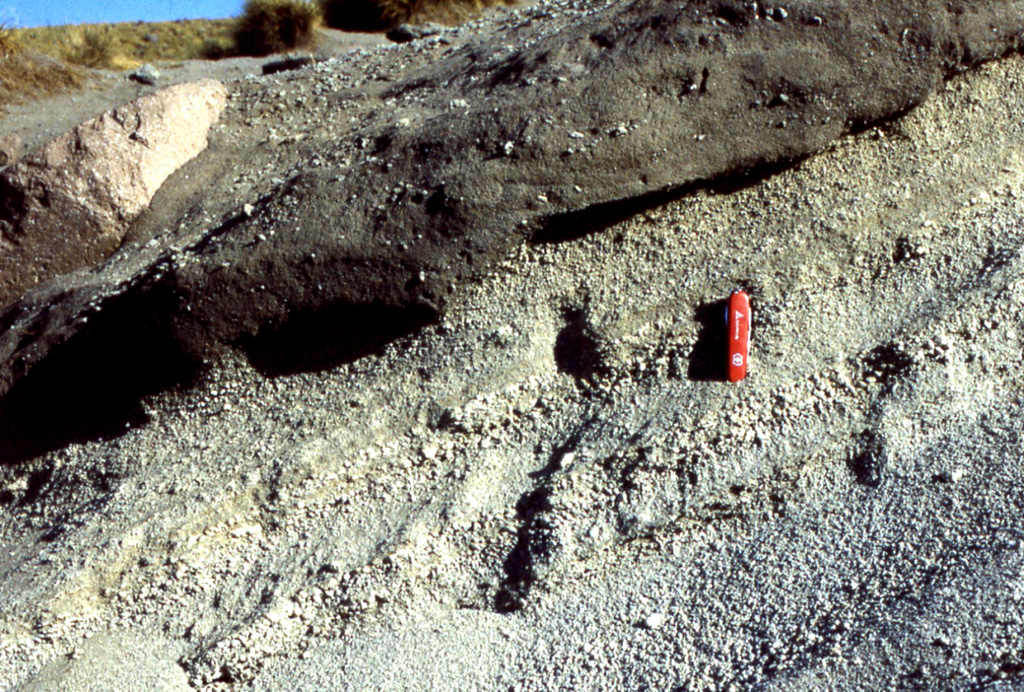 The products of the last major eruption of La Malinche that occurred about 3,100 years ago are exposed around the summit area and consist of a weakly stratified pumiceous ash and fine lapilli layer, along with associated pyroclastic flow and lahar deposits. Lahars originating from La Malinche reached the Puebla basin and contain pottery fragments, indicating that nearby communities were affected by the eruption. The pocket knife provides scale.