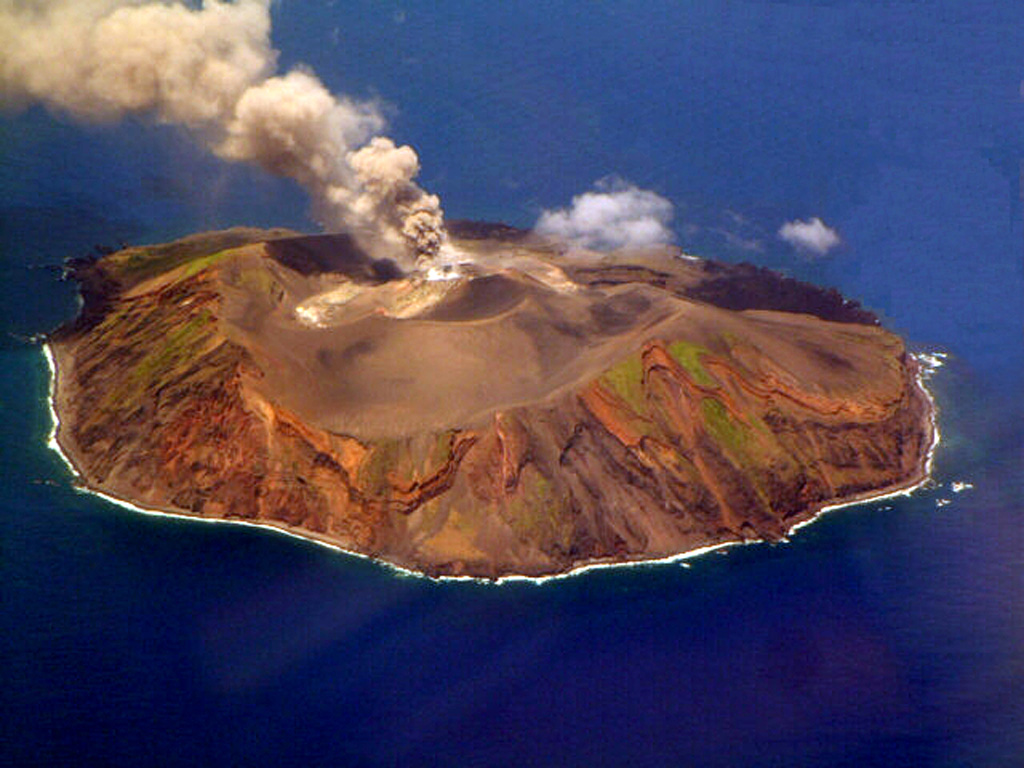 This photo taken on 12 August 2002 shows an ash plume rising from Torihima volcano. The unvegetated cone of Iwoyama, seen here from the south, was constructed during an eruption in 1939 within a 1.5-km-wide caldera. The 2.7-km-wide island is located in the southern Izu Islands. The volcano is also referred to as Izu-Torishima to distinguish it from the several other Japanese island volcanoes called Torishima ("Bird Island"). 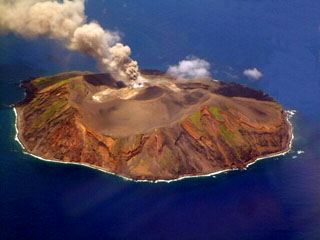