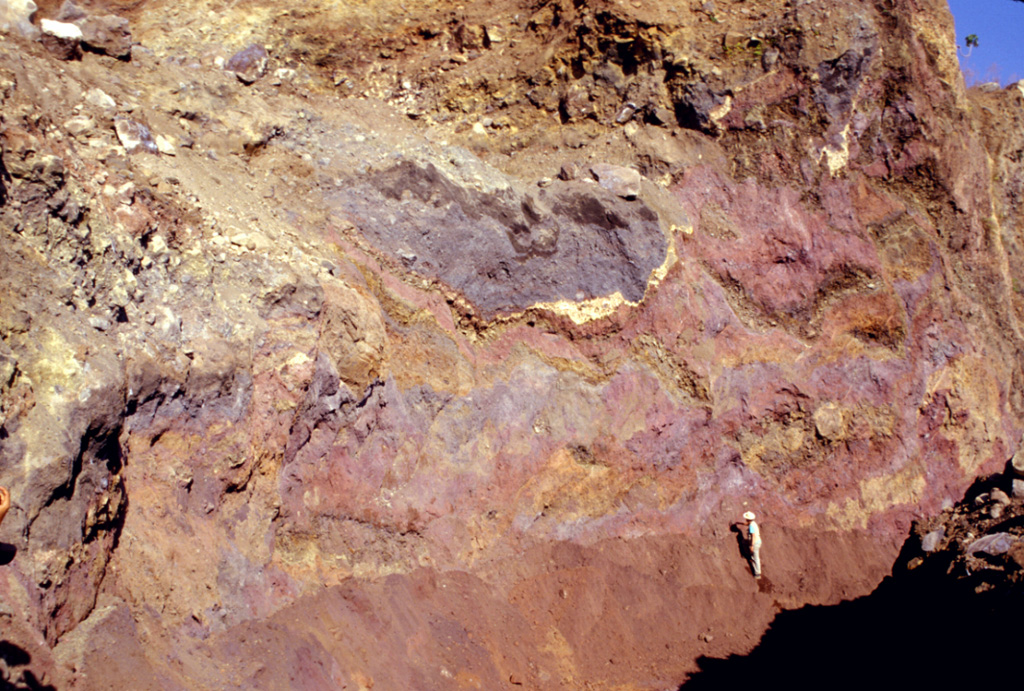 Multi-colored remnants of Santa Ana volcano are exposed in a quarry wall in a hummock of the Acajutla debris-avalanche deposit. This quarry in Cerro el Jicaro, 6 km SE of the city of Sonsonate, displays characteristic textures of debris-avalanche deposits. Individual segments are faulted and slightly deformed, but retain their integrity despite being transported about 18 km from the volcano. The geologist at the lower right provides scale.