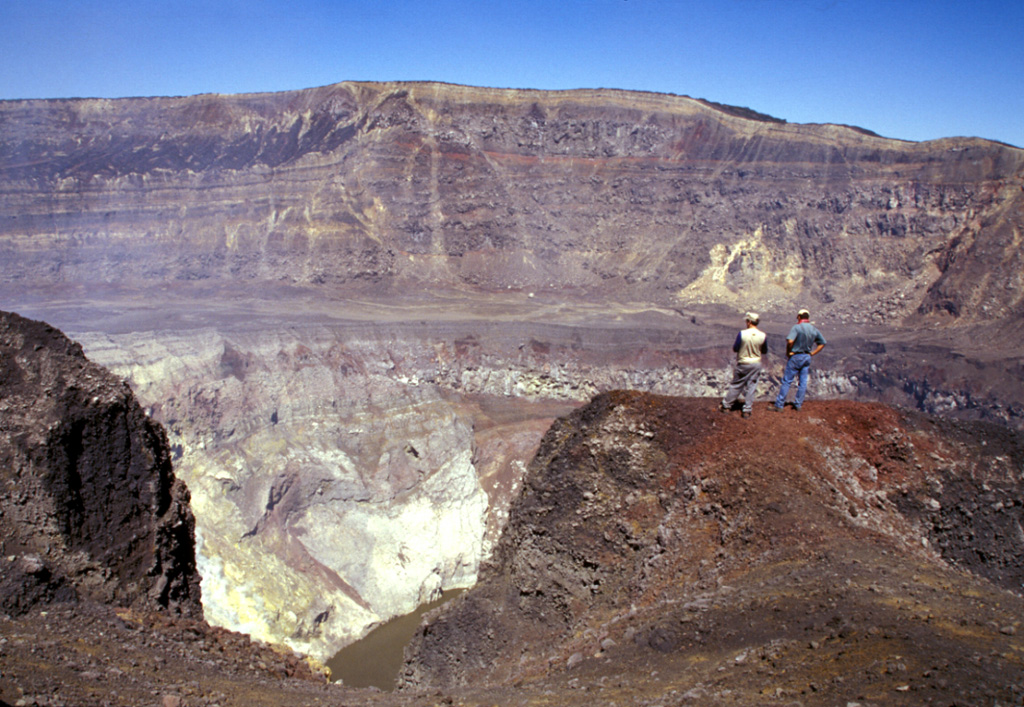 Geologists on the southern rim of Santa Ana's summit crater observe the fumarolically altered walls of the more than 100-m-deep inner crater. A near-vertical fault left of center cuts the far northern wall of the larger crater beyond the broad bench in the center of the photo above the inner crater. The fault separates bedded phreatomagmatic tephra deposits on the left from a thick sequence of lava flows on the right. The lava flows are capped by a roughly 10-m-thick light-brown sequence of phreatomagmatic tephra layers.