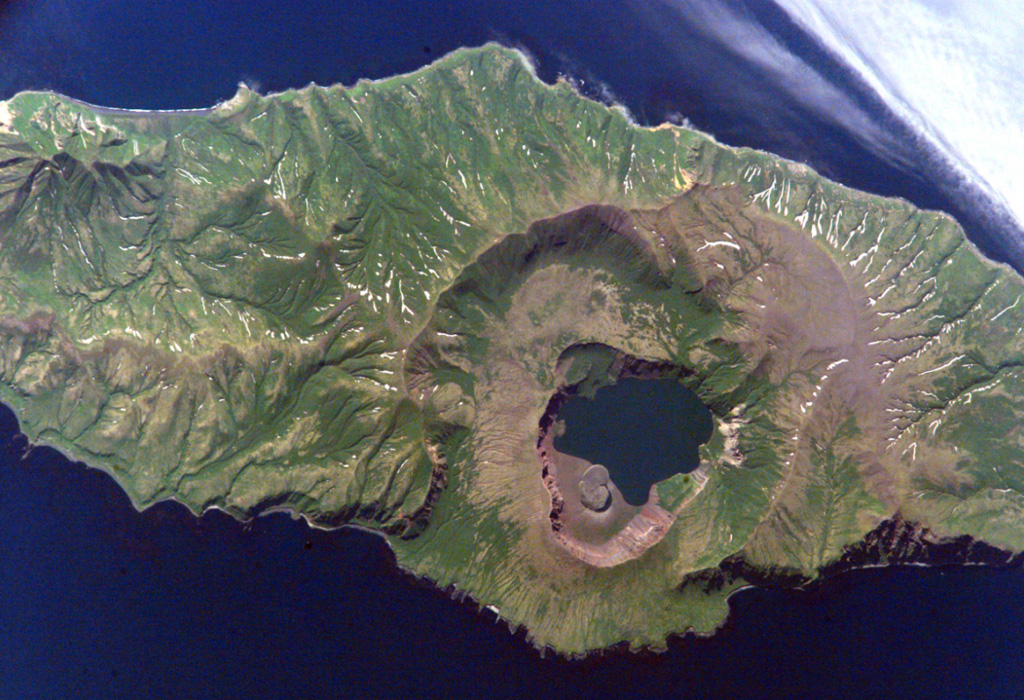 Biryuzovoe lake partially fills the youngest of three nested calderas of Zavaritzki volcano in central Simushir Island. The largest caldera is 10 km wide. The surface of the lake in the youngest 3-km-wide caldera is at about 40 m elevation and its bottom lies about 30 m below sea level. The small lava dome below the lower side of the lake in this International Space Station view (N is to the lower left) was emplaced during a 1957 eruption. 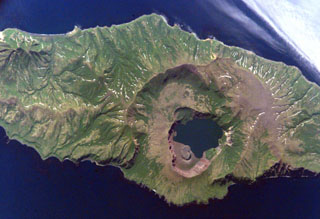