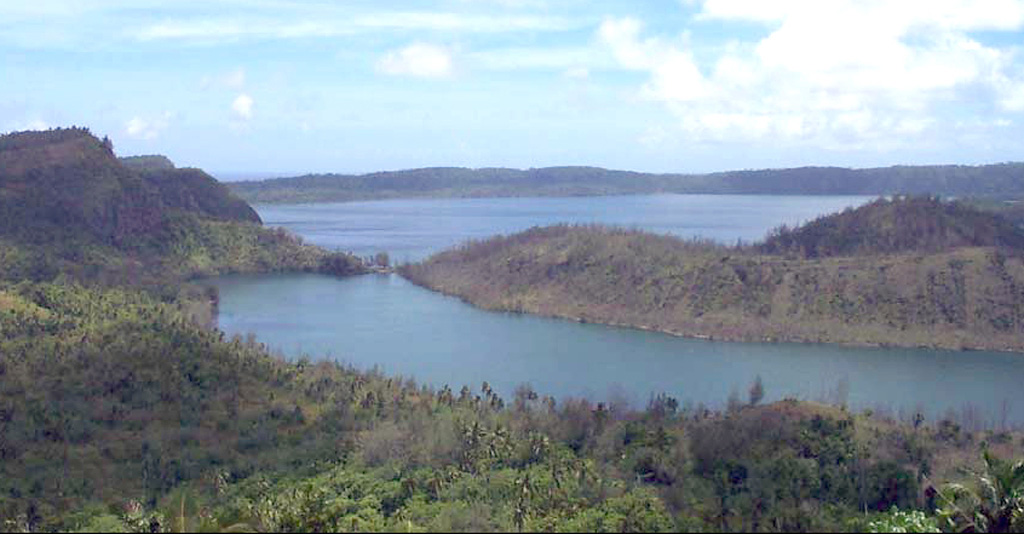 Niuafo'ou is a low, 8-km-wide ring-shaped island that forms the summit of a largely submerged shield volcano. The 5-km-wide caldera is seen here from its eastern rim, displaying caldera lakes, the large Vai Lahi (background), and the much smaller Vai Si'i (foreground). The caldera is mostly filled by Vai Lahi with a lake bottom that extends to below sea level. Historical eruptions recorded since 1814 have often damaged villages on the island.

Photo by Paul Taylor (published in Taylor and Ewart, 1997). 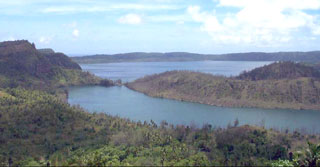