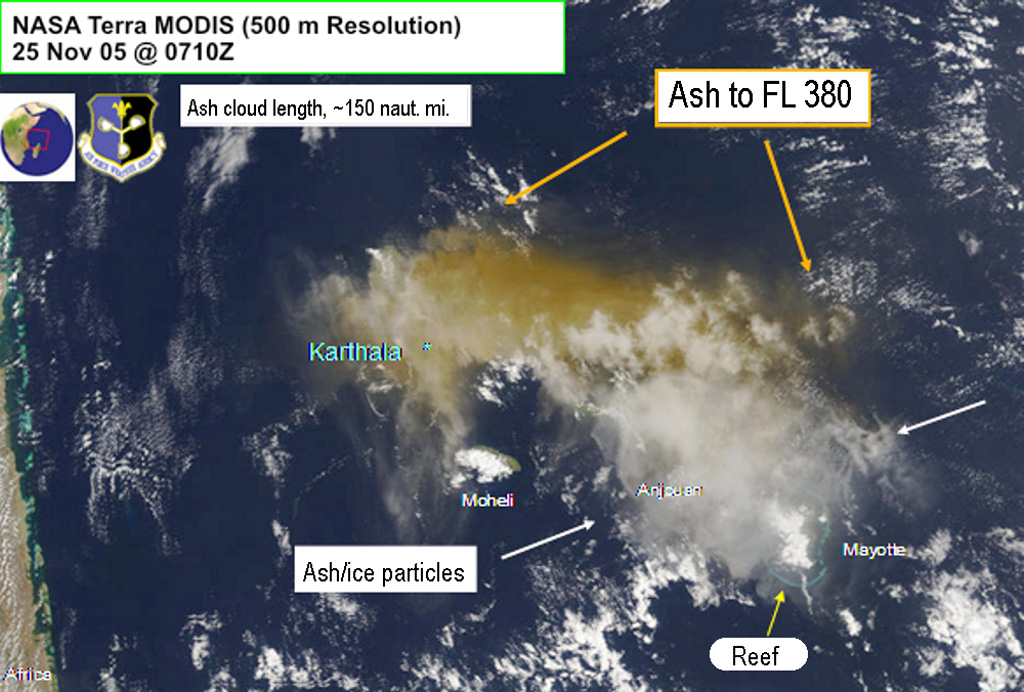 An image of the Karthala 25 November 2005 ash plume was obtained from NASA Terra MODIS. The image was centered over the Comoros islands and also shows Mayotte, Anjouan, and Moheli islands. Grand Comore is under the ash plume but the location of Karthala is indicated. For scale, the distance from Karthala to the south end of Mayotte Island is ~240 km. The image shows Air Force Weather Agency interpretations of the ash cloud extent.