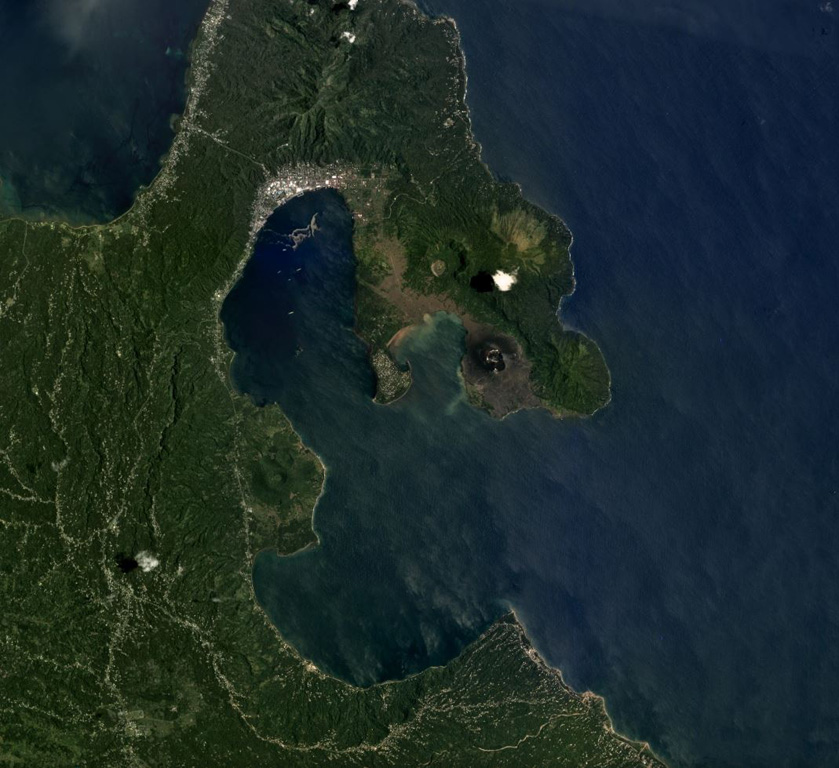 The 8 x 14 km Rabaul caldera is in the center of this September 2018 Planet Labs satellite image monthly mosaic (N is at the top), with several cones that have formed along the perimeter. Tavurvur is the unvegetated cone on the peninsula to the E, then to the NW of that is the crater of Palangiagia. The cone in the middle of the coastline within the harbor is Vulcan. The eroded cone to the north is Tovanumbatir.