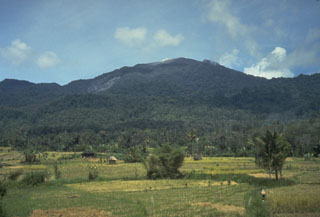 
The ash plume from the 5 July explosion reached 700 m above the summit. No additional explosions have been recorded.