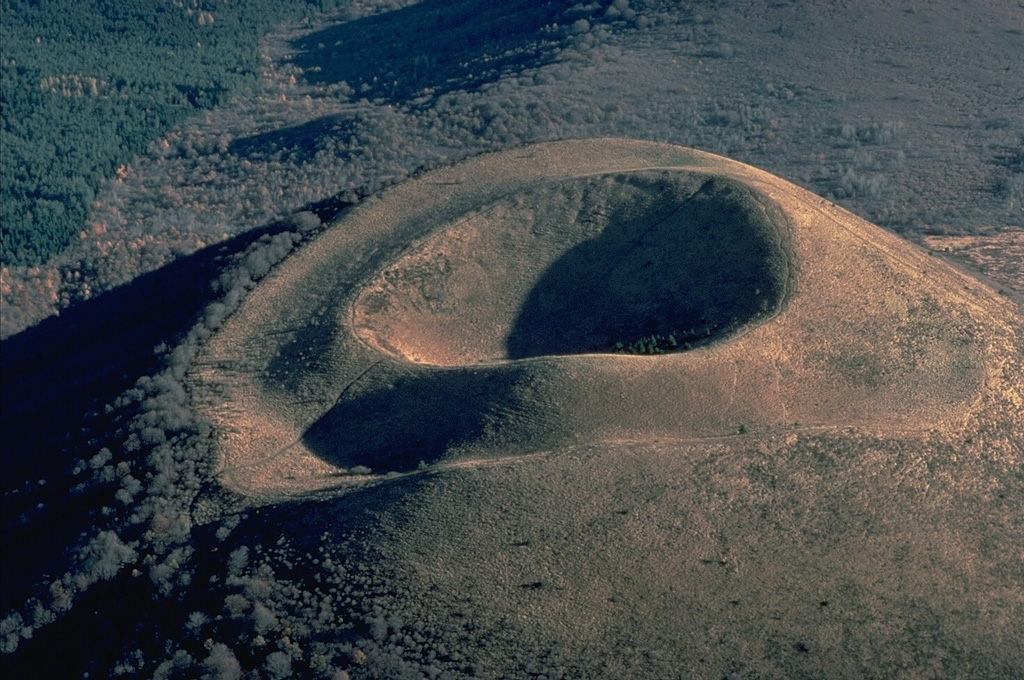 Puy de Dôme, in the France's Chaîne des Puys volcanic field, is a beautiful example of a nested pair of craters. The symmetrical crater at the summit of the cinder cone was formed by late-stage eruptions that built the small cone inside a larger crater rim produced by older eruptions.