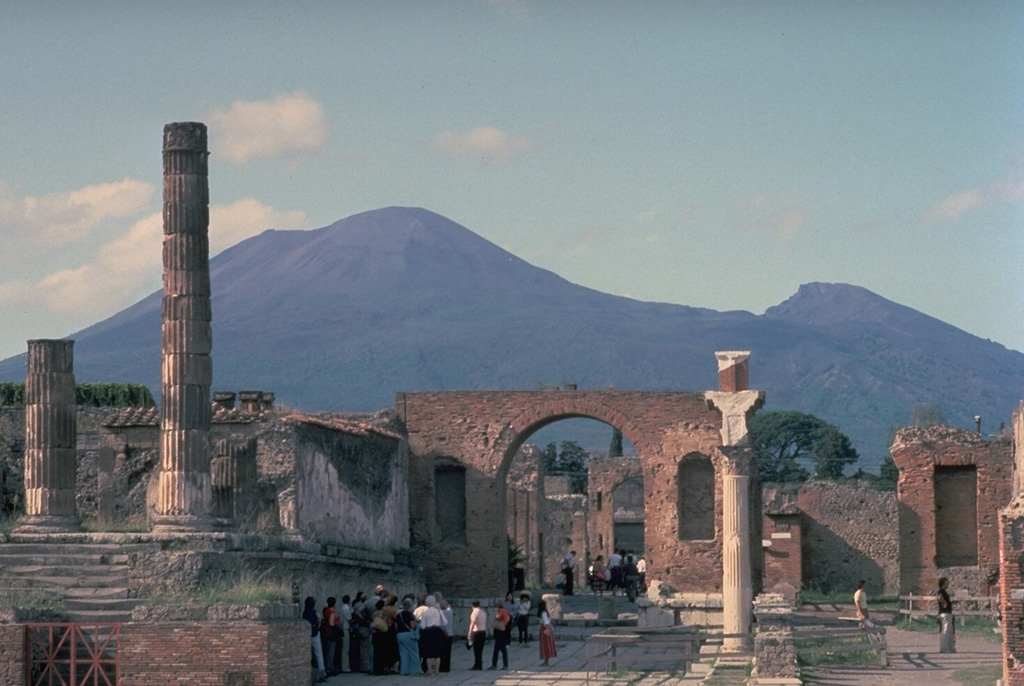 Mount Vesuvius rises to the north of the storied ruins of Pompeii, which was destroyed during the eruption of 79 CE. The modern cone of Vesuvius rises at the left; the peak to the right is the rim of the Monte Somma caldera, which was formed about 17,000 years ago. Eight major explosive eruptions have occurred since then. A period of long-term eruptive activity began in 1631. The last eruption of Vesuvius was in 1944.