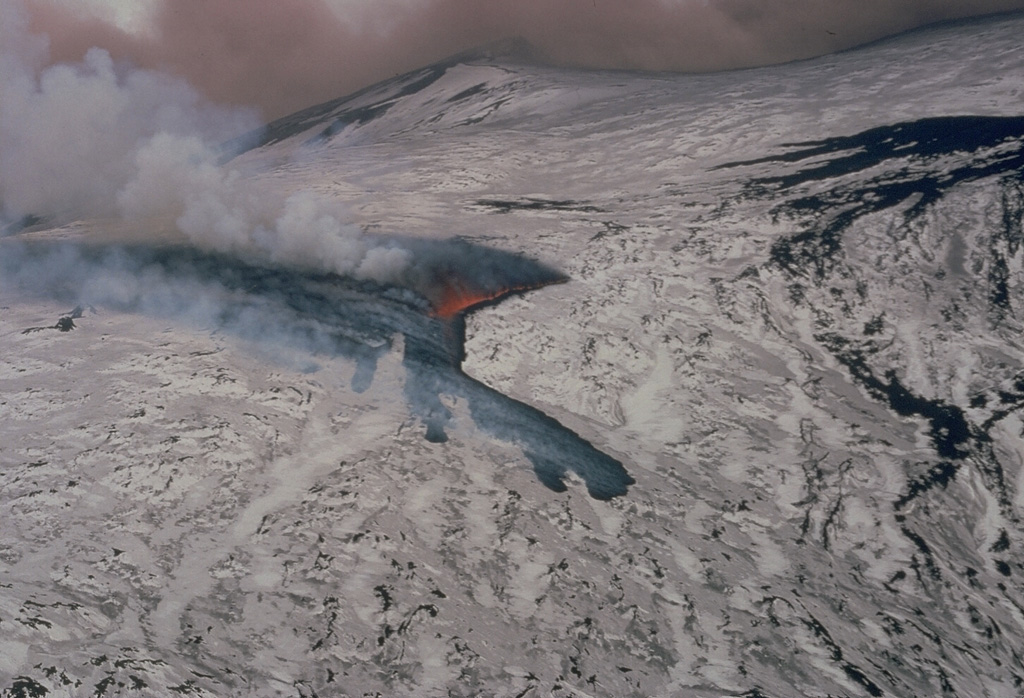 Lava flows spread over the snow-covered slopes of Etna on 17 March 1981 at the beginning of a NW-flank eruption. During the six-day eruption lava flows descended 8 km into populated areas and caused significant damage.