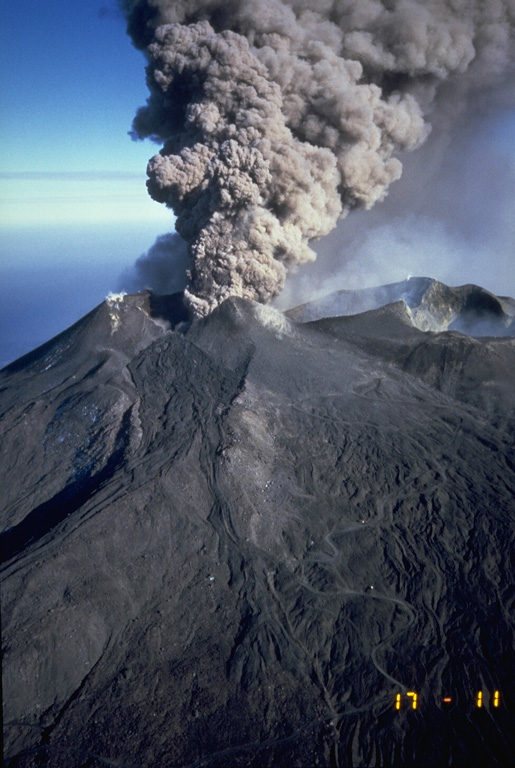 An ash plume rises above Etna’s NE Crater on 24 September 1986. This marked the end of an eruption episode that began in July 1984. Intermittent explosive eruptions from the Northeast Crater took place for two years. In July 1986, Strombolian eruptions formed a scoria cone in the crater. On 14 September 1986 lava overtopped the west rim of Northeast Crater and flowed 1.5 km down its flank.