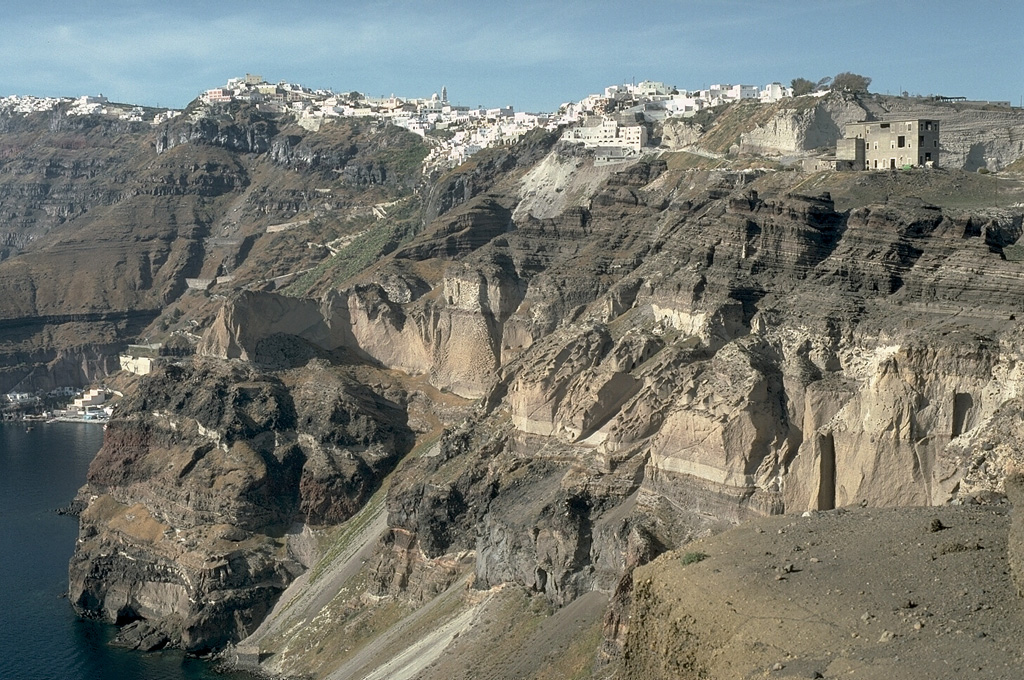 The steep eastern caldera walls of Santorini are draped by the town of Firá, many of which were built within deposits of the Minoan eruption that took place about 3,500 years ago. The most prominent unit in the caldera wall at this location is the Middle Tuff Sequence, the lighter-colored, cliff-forming unit halfway up the wall that is composed of a basal pumice deposit overlain by breccia and pyroclastic flow deposits. The Middle Tuff and the darker bedded layers overlying it were deposited during late-Pleistocene eruptions.