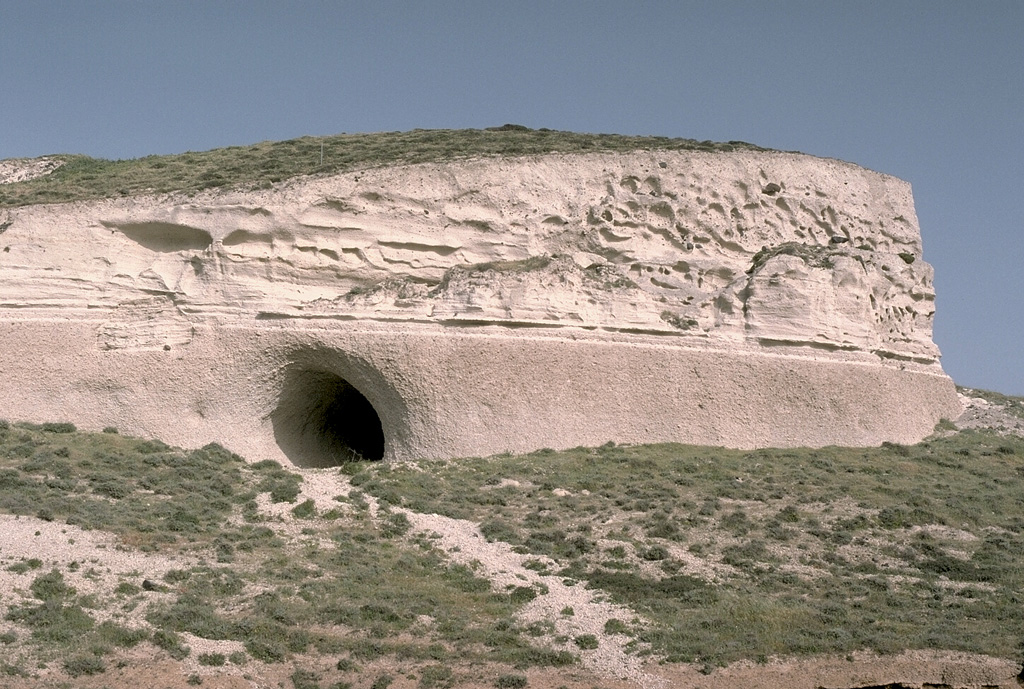 The course of the Minoan eruption of Santorini is recorded in this roughly 10-m-thick exposure of deposits produced by the 3,500-year-old eruption. The loosely-compacted basal pinkish layer is composed of early pumice deposited from powerful vertical eruption plumes. It is overlain by lighter-colored, laminated pyroclastic surge deposits that were produced when water was incorporated into the eruption column as caldera collapse began. The thicker, upper unit consists of pyroclastic flow deposits.