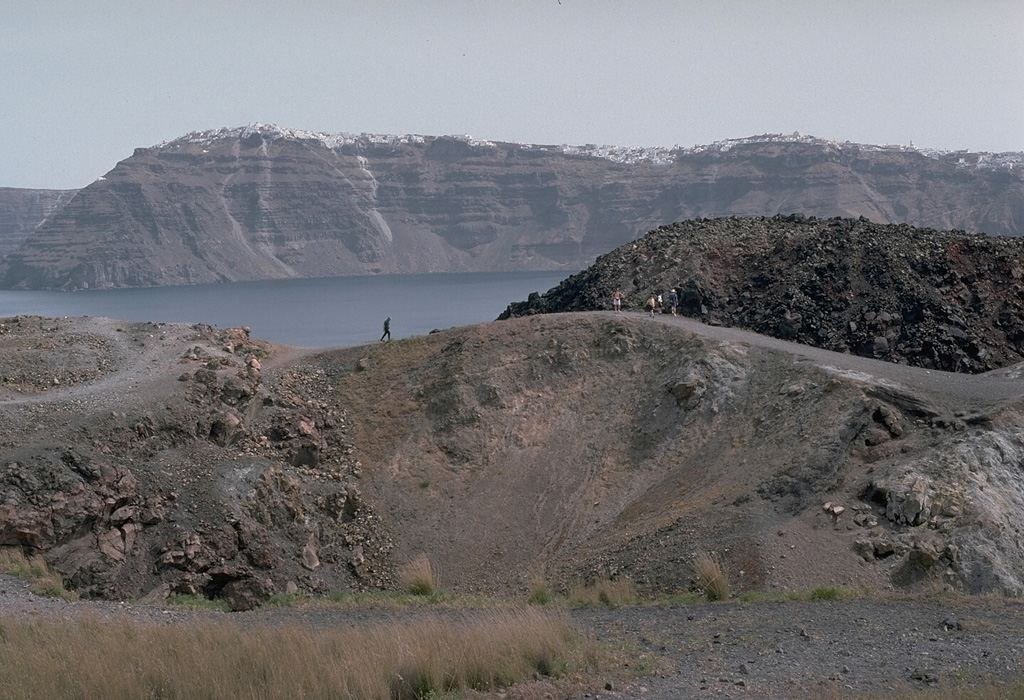 The dark-colored lava flow at the right center of the photo, and the crater in the foreground, were formed during an eruption from 1939 to 1941. The lava flows traveled to the E and W, reaching almost to the sea on the E side and extending into the caldera bay at several locations on the W side on Nea Kameni island. A chain of N-S-trending craters was formed during the eruption. The crater seen in this photo cut lava flows of an earlier 1866-1870 eruption.