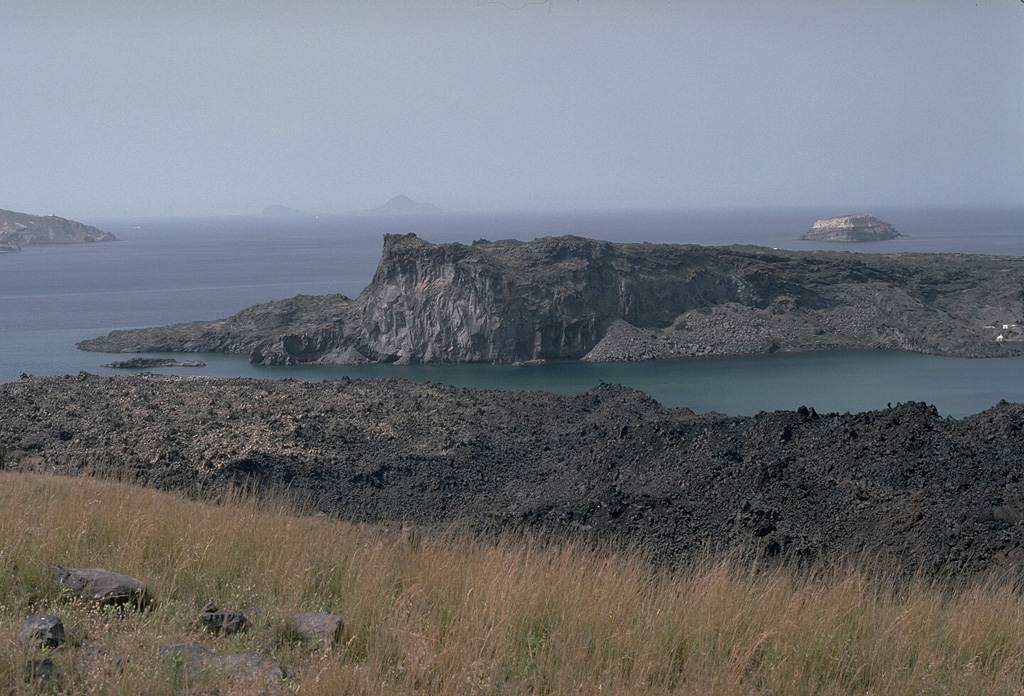 Palaea Kameni (Thia) Island (center) was formed by the extrusion of lava flows during a 46-47 CE eruption. This was the second documented eruption producing a new island in the caldera bay. The black lava flows in the foreground on Nea Kameni island were emplaced during an 1866-1870 eruption. The small island in the right distance to the SW, capped by light-colored rocks of the 3,600-year-old Minoan eruption, is part of the caldera wall that extends beneath the sea surface to the Akrotíri Peninsula on the extreme left.