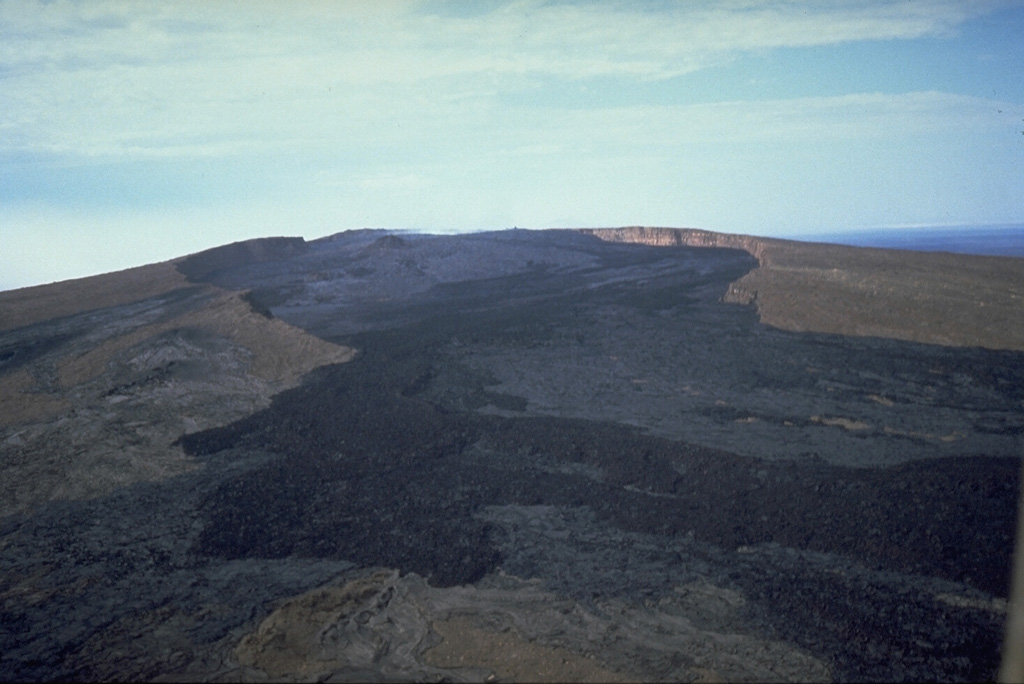 Erta Ale is a basaltic shield volcano that is the most active volcano in Ethiopia. The broad, 50-km-wide volcano rises 500 m from below sea level in the Danakil depression. It contains a 0.7 x 1.6 km elliptical summit crater, seen here from the SE. The crater contains steep-sided pit craters with one or more lava lakes that have been active since at least 1967. Fresh black lava flows from the southern pit crater fill much of the floor of the larger crater and spill over its rim down the S flank.