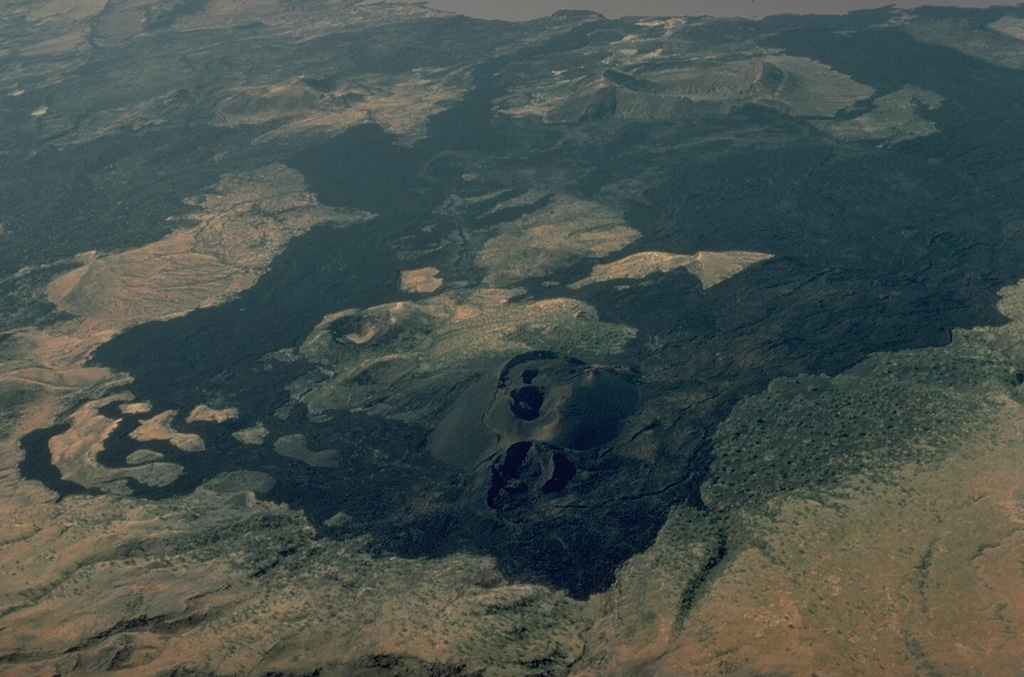 The Barrier volcano separates Lake Turkana from the Suguta Trough to the south, the site of a former lake. The volcano is comprised of four overlapping shield volcanoes. This view looks down the north flank of the volcano with Lake Turkana at the upper right. Holocene fissure-related scoria cones and lava flows, including the historically active Teleki's and Andrew's cones (lower center), dot the volcano's southern and northern flanks. Historical eruptions have produced explosive activity and lava flows during the 19th and 20th centuries. 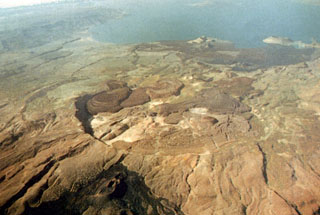