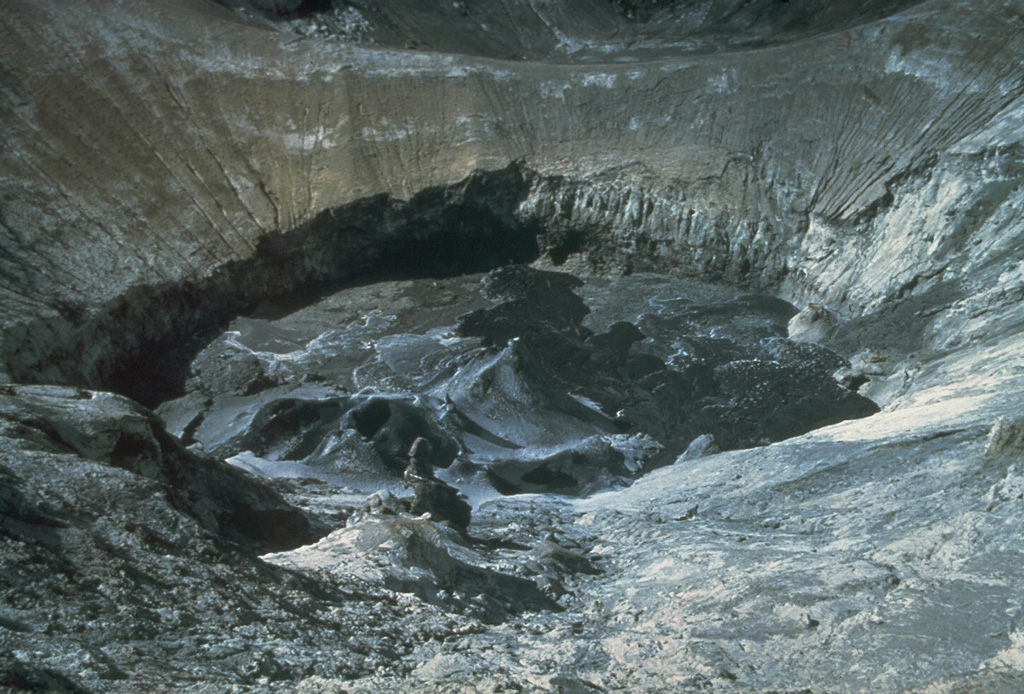 This June 1984 view looking southward across the north crater shows a fresh black lava flow and small spatter cones on the crater floor. This photo was taken early during the eruption episode that began in January 1983 and shows the considerable depth of the crater at the time. Continued emission of lava flows filled the crater to the level of the saddle at the top of the image by December 1988, at which time lava overflowed the rim into a shallow depression.