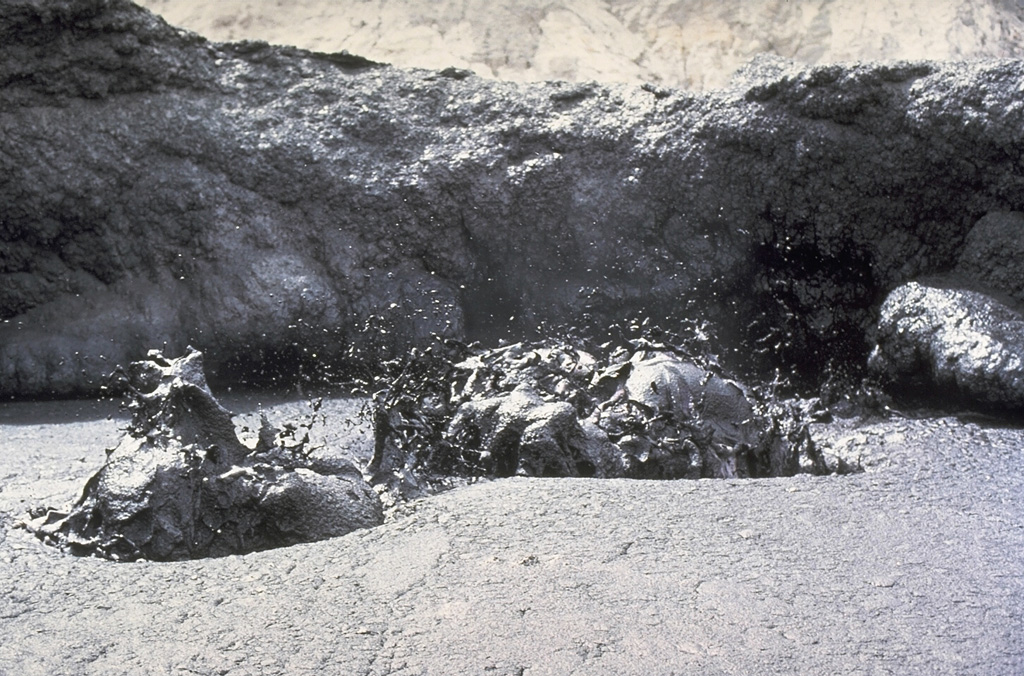 Liquid black lava is ejected from a lava lake on the crater floor of Ol Doinyo Lengai volcano in Tanzania in June 1988. The relatively low-temperature carbonatitic lava (sodium carbonate) is black during daylight hours and is incandescent only at night. Temperatures of 495-544 degress Centigrade were measured during a June 1988 expedition. Slow extrusion of lava flows on the floor of the crater began in 1983.