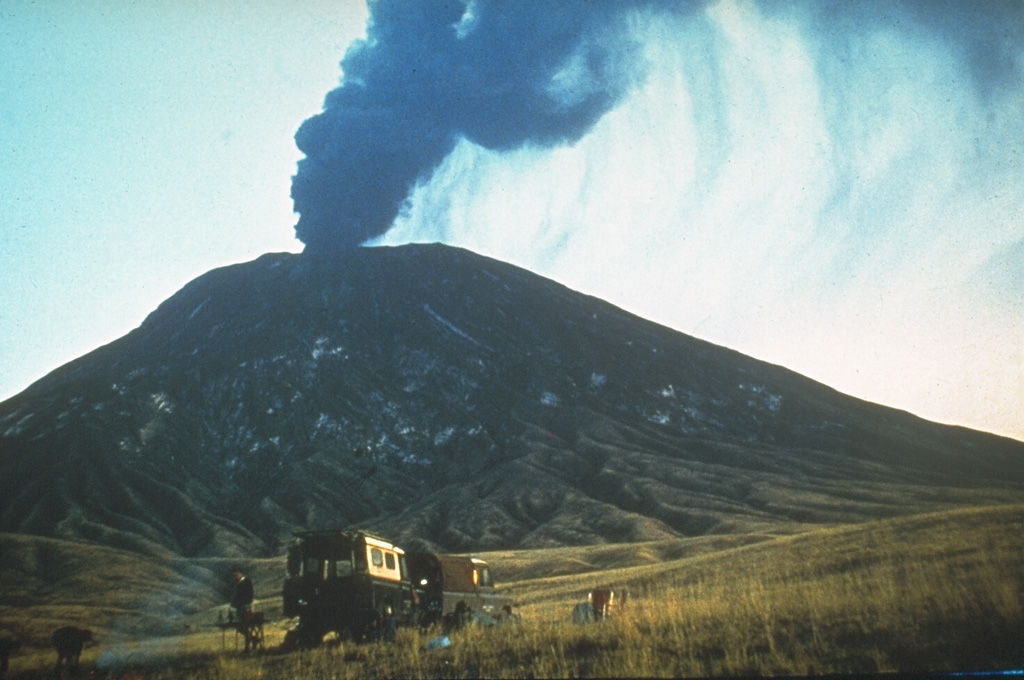 An ash plume rises above the summit of Ol Doinyo Lengai in 1966, near the end of an eruption that began in 1960. Quiet extrusion of carbonatite lava apparently took place from 1960 to 1966, although few direct observations were made. In early August 1966 activity changed to vigorous ash eruptions. A powerful explosive eruption was observed on 22 August. Explosive activity was also reported on 28 October and the volcano was reported to be quiescent in late December 1966.