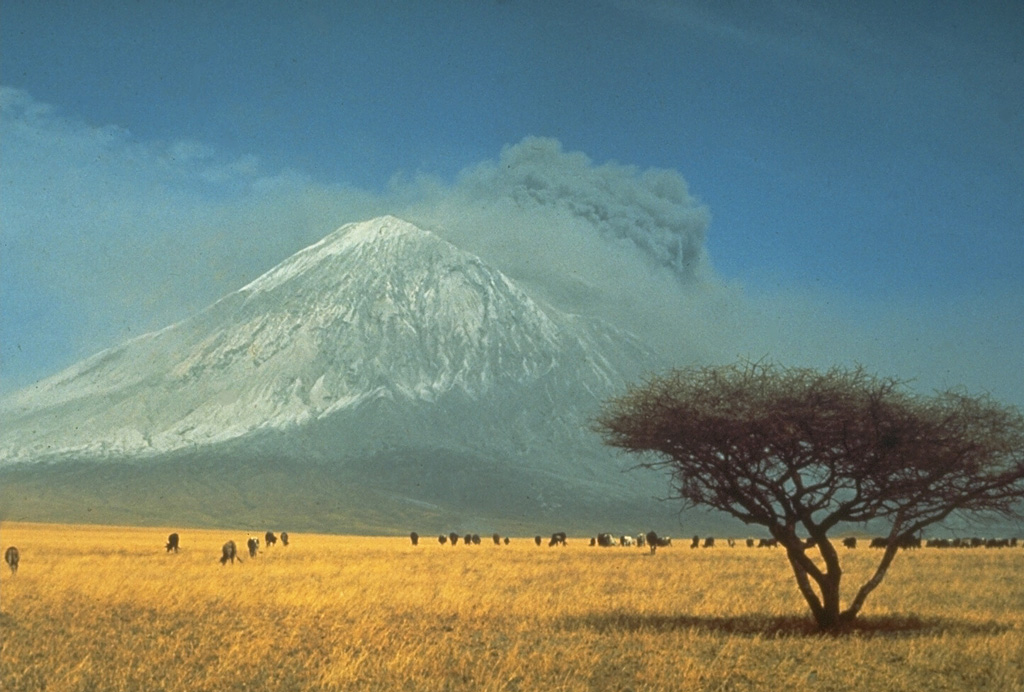 A herd of wildebeest graze in the foreground during an explosive eruption from Tanzania's Ol Doinyo Lengai in 1966. Explosive activity began in August 1966, near the end of an eruption that began in 1960 and consisted of quiet emission of lava flows in the summit crater. Ash deposits from previous eruptions whiten the volcano's slopes. This is the only volcano known to have erupted carbonatite in historical time.