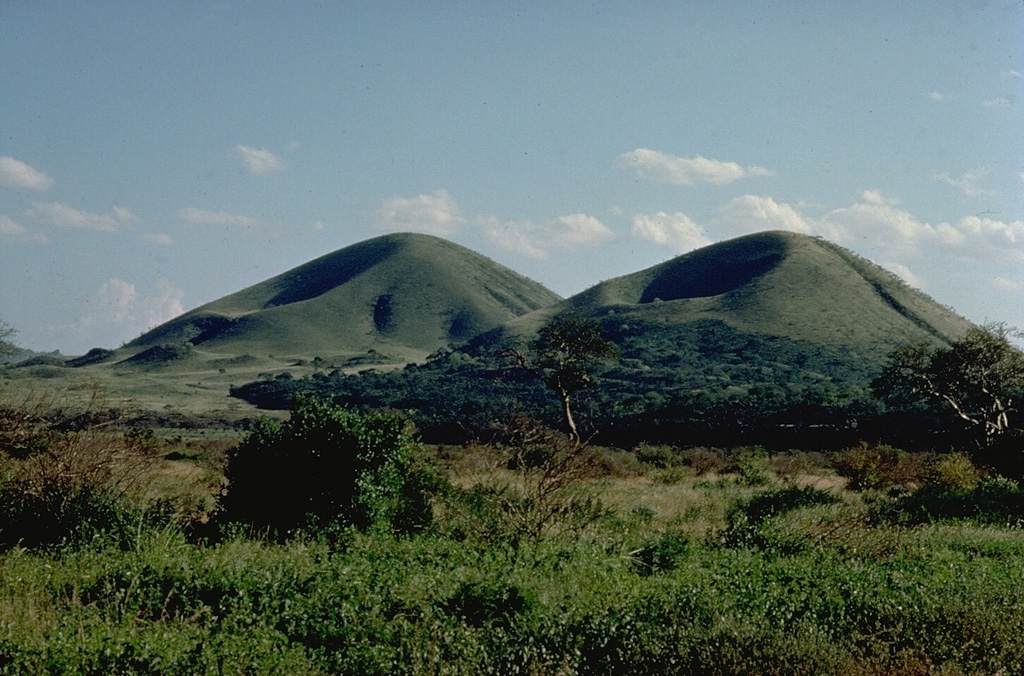 The 100-km-long NW-SE-trending Chyulu Hills volcanic field, located 150 km east of the Kenya Rift, contains several hundred small cinder cones and lava flows. Many are Holocene in age, including two that erupted during the mid-19th century. Volcanic activity began about 1.4 million years ago with eruptions in the northern Chyulu Hills and migrated to the SE, where most of the younger cones are found. 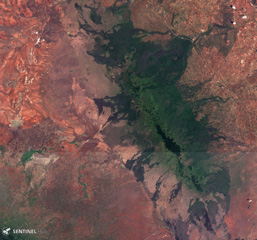