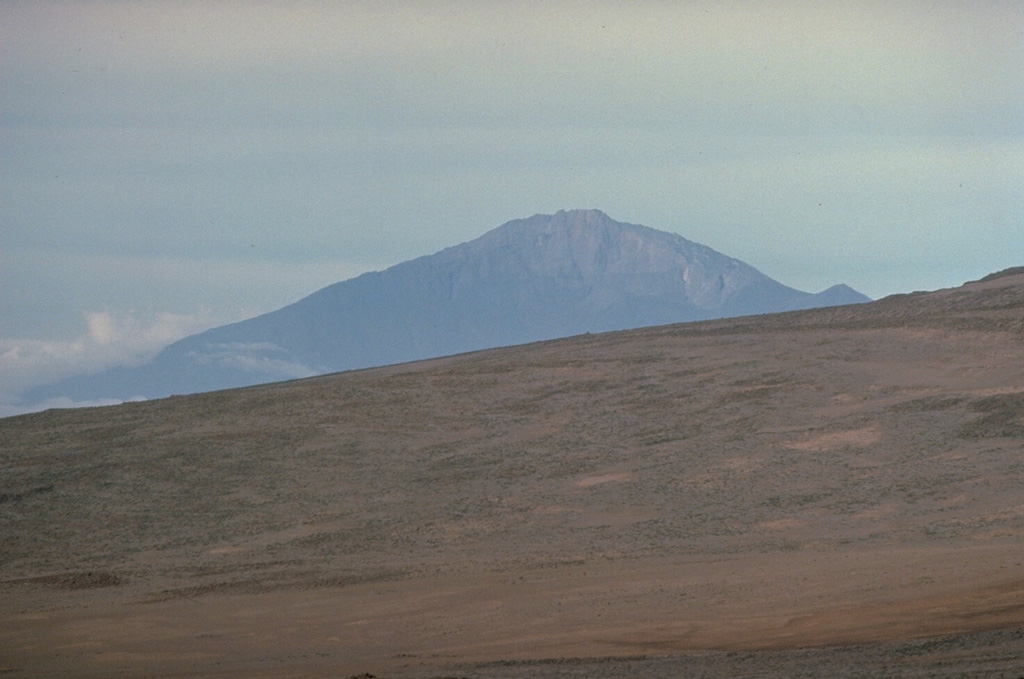 Meru volcano, Africa's fourth highest mountain, rises to the west of its more prominent neighbor, Kilimanjaro. Seen here from the slopes of Kilimanjaro, 4565-m-high Meru is cut by a 5-km-wide breached caldera on the east side that formed about 7800 years ago when the summit of the volcano collapsed. The resulting massive debris avalanche and lahar traveled as far as the western flank of Kilimanjaro volcano. The historically active Ash Cone forms a prominent symmetrical cone inside the breached caldera. 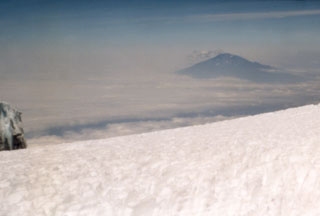