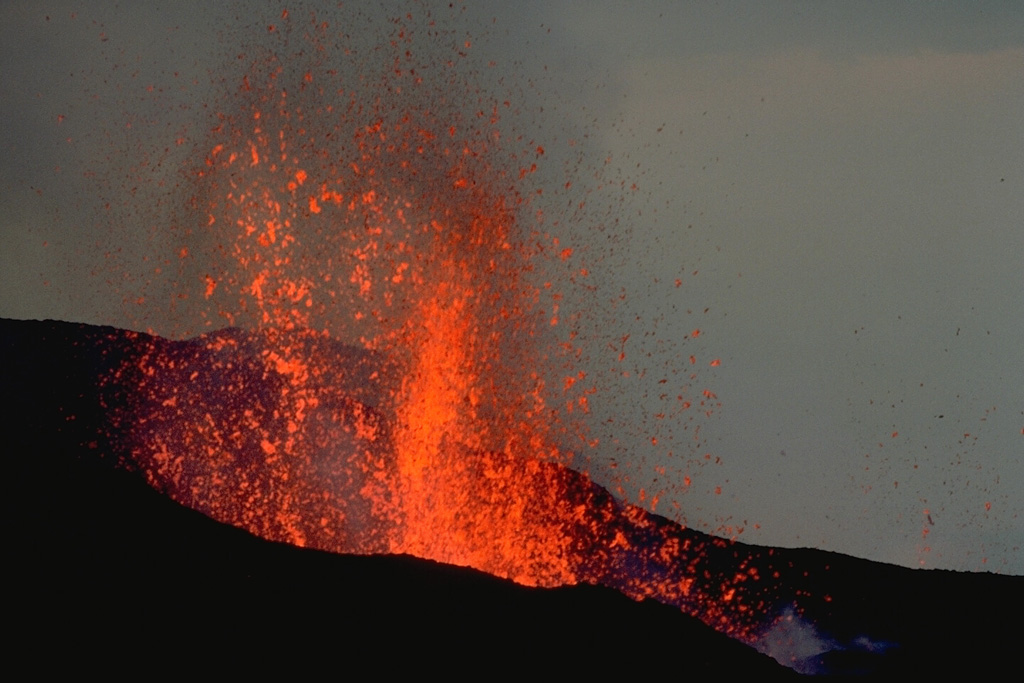 A new cinder cone, named Gasenyi, ejects fragments of incandescent lava in February 1980. The cone was formed during an eruption that began from a north-flank fissure on January 30. A 2-km-long fissure ejected scoria and ash and fed lava flows. In early February lava fountains were localized at the north end of the fissure and built Gasenyi cinder cone. On the 10th, new vents opened at the south flank of the cone. An explosion the next day destroyed this cone and produced a double-cratered cone.