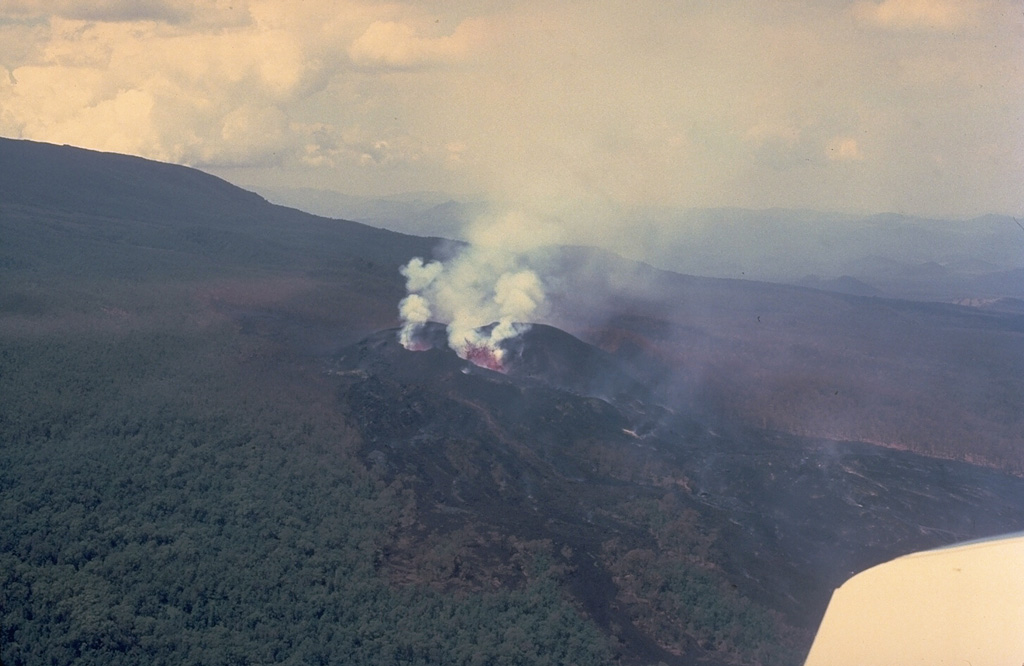 This February 18, 1980 aerial view shows a newly formed cinder cone on the north flank of Nyamuragira volcano. A lava flow traveling to the north (right) cuts through the forest below the cone. The eruption began from a new north-flank fissure between 1900 and 2000 hrs on January 30. Gasenyi cinder cone was formed and fed lava flows that traveled initially to the east. Another flow traveled down the north flank and reached 13 km to the NE. Activity declined on February 23 and ceased the next morning.