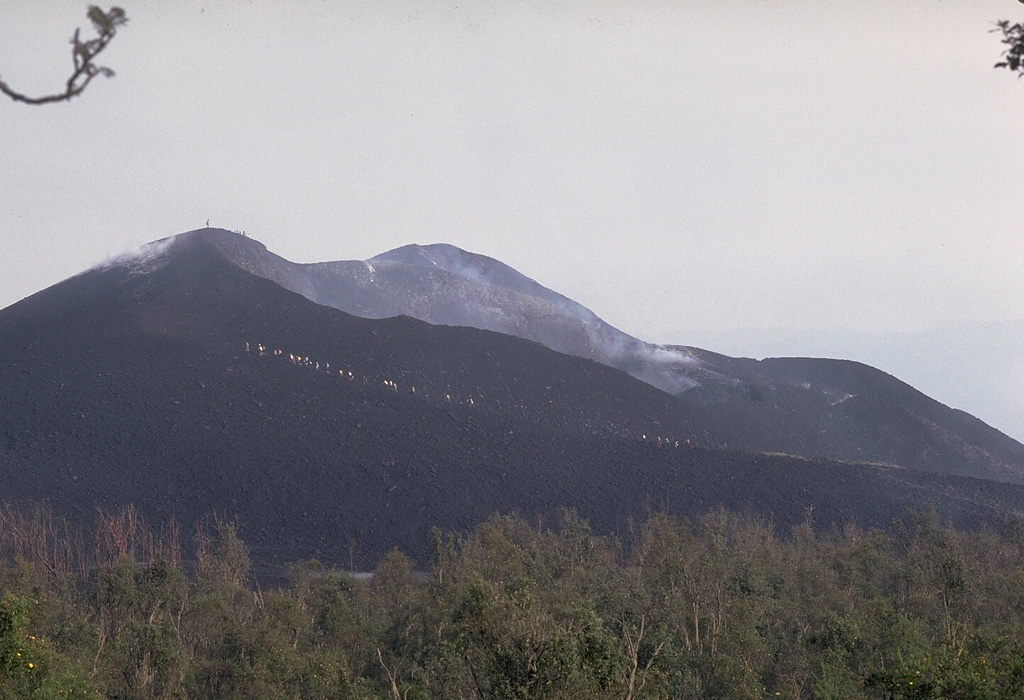 A group of African students on a field expedition ascends Gasenyi cinder cone on Nyamuragira on 23 February 1980, shortly before the end of an eruption that began on 30 January. The cinder cone formed at the beginning of February at the northern end of a 2-km-long fissure on the N flank. Lava flows from the cone traveled to the east, NW, and 13 km down the NE flank.