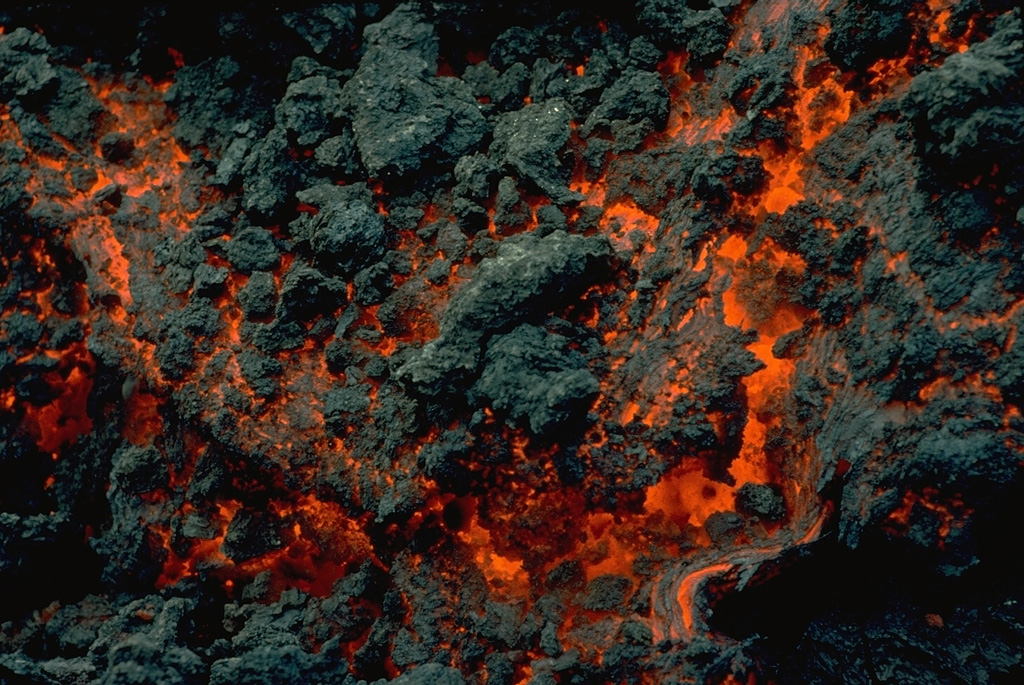 Incandescent lava is visible in the advancing front of an aa lava flow from Nyamuragira on 8 January 1982. The dark irregular areas are already-solidifed masses that can be carried along by the flow and then break off, forming the rough, clinkery surface of aa flows. The December 1981 to January 1982 eruption produced the volcano's longest historical lava flow, which traveled 26 km from its SE-flank vent.