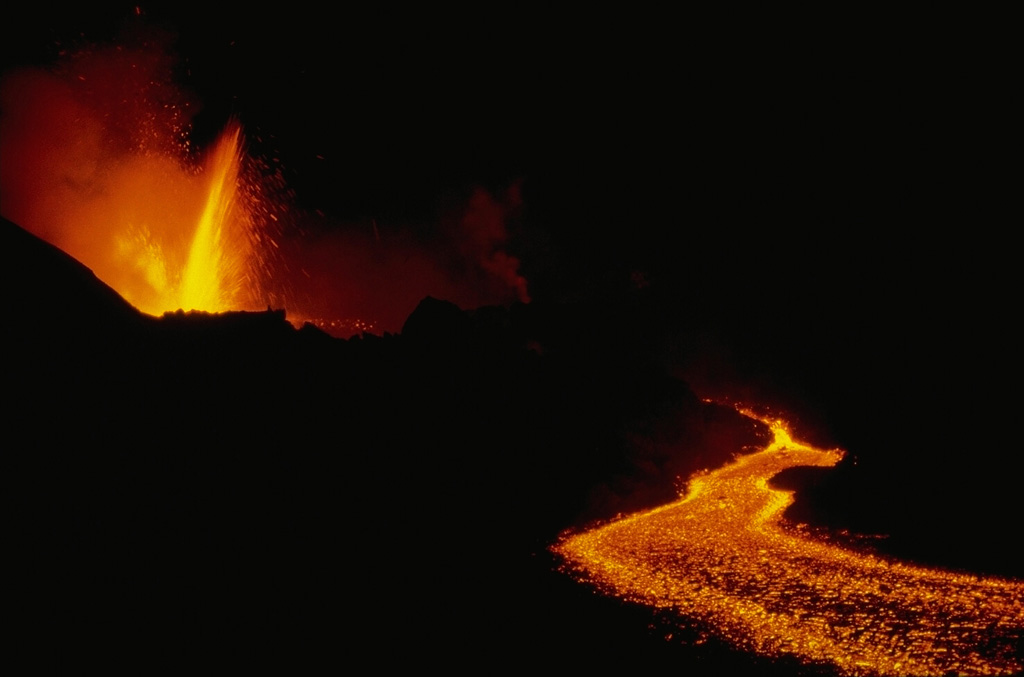 An eruption began on December 25, 1981 from a 1.5-km-long fissure at 2070 m elevation about 7 km SE of the summit caldera of Nyamuragira. Lava fountains were soon confined to the lower end of the fissure. This January 9, 1982 photo shows lava fountaining at the vent, which is feeding a lava flow that traveled 26 km down the NE flank. This marked the longest historical lava flow of Nyamuragira. Tephra fall destroyed vegetation, resulting in the death of cattle and animals, although no villages were damaged. The eruption ended on January 14.