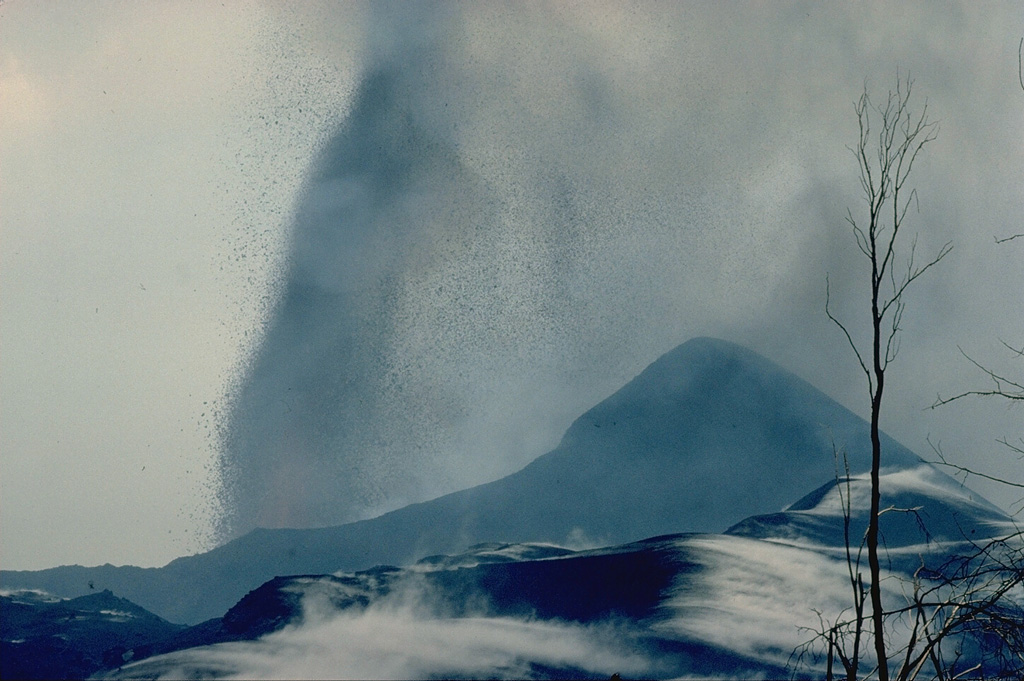 An explosive eruption from a SE-flank vent of Nyamuragira produces a powerful vertical fountain above the vent at the left. Ash and scoria are blown by winds to the right, where they have accumulated to form the rim of a cinder cone. Hot pyroclastic-fall deposits steam in the foreground of this January 1981 photo. This eruption, which began in December 1981 and ended the following month, produced a large aerosol cloud that was tracked around the globe and produced brilliant sunsets in the following months.