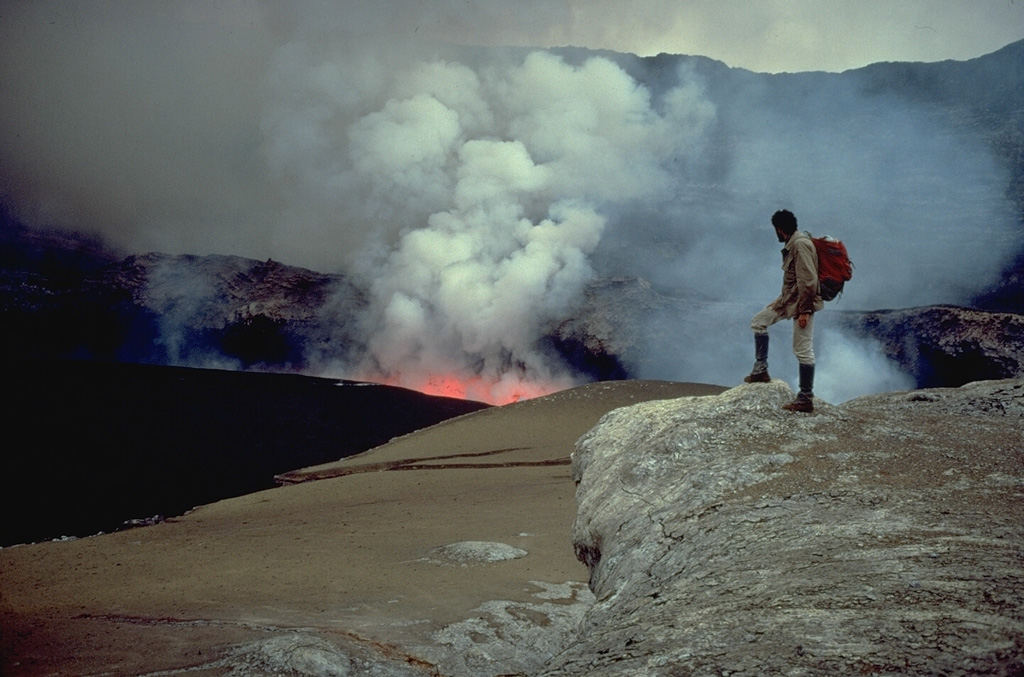 Smoke rises above a lava fountain in the lava lake at the summit of Nyiragongo volcano in June 1973. Long-term lava lake activity had been occurring since at least 1927. The observer is standing on one of several terraces left by collapse of solidified lava lakes at higher levels. Rapid fluctations of the level of the lava lake have occurred since it was first scientifically documented in the 1950's. The century-long lava lake drained suddenly in 1977.