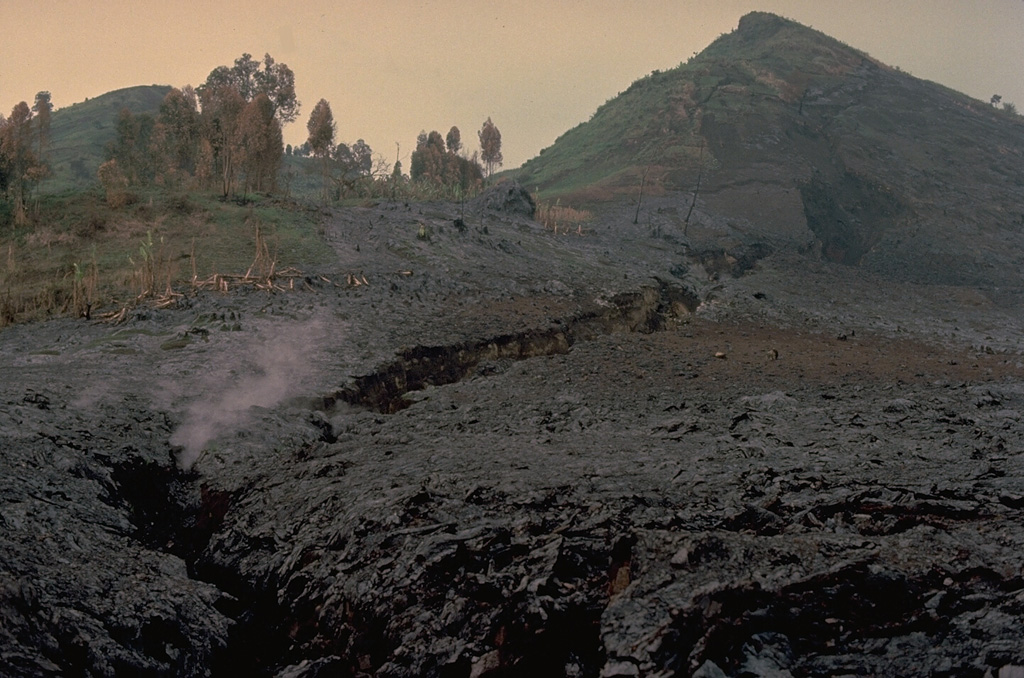 Part of the 6-km-long 10 January 1977 eruptive fissure on the south flank of Nyiragongo is seen in this February 1977 photo. Extremely fluid lava from fissures on the north and south flanks suddenly drained Nyiragongo's summit-crater lava lake. The rapidly moving flows killed 70 people and 800 were left homeless. The dramatic eruption was over in a matter of hours. Conversion of ground water to steam when lava lake terraces collapsed produced a dark gray ash cloud that rose 1 km and caused partial darkness in the city of Goma.