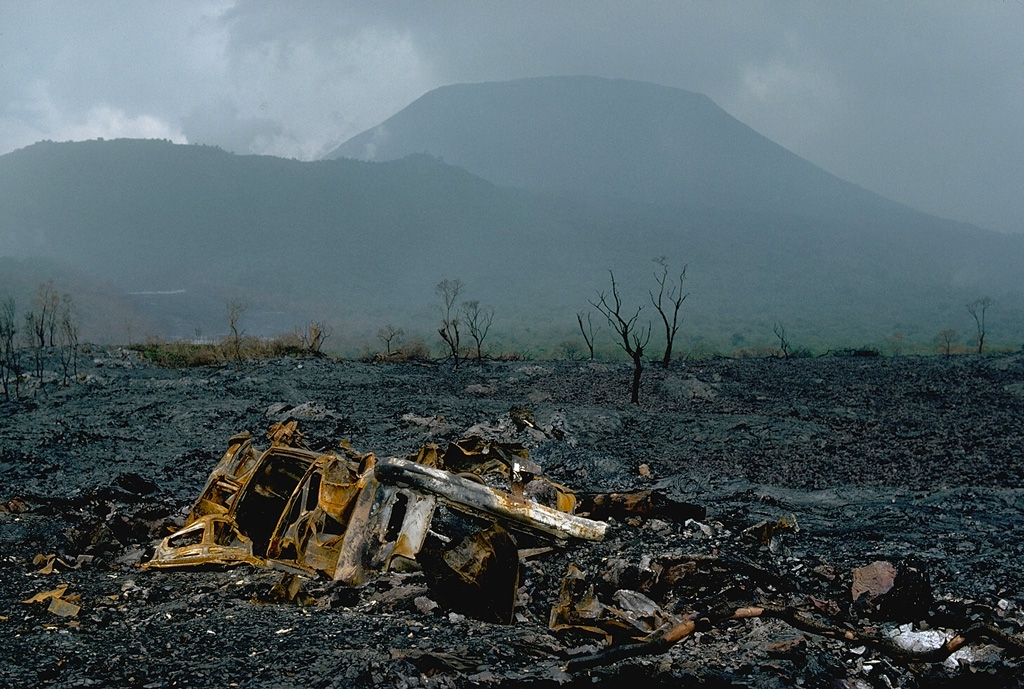 In contrast to the low profile of its neighboring shield volcano, Nyamuragira, 3470-m-high Nyiragongo displays the steep slopes of a stratovolcano. One of Africa's most notable volcanoes, Nyiragongo contained a lava lake in its deep summit crater that was active for half a century before draining suddenly in 1977. This January 1977 photo on the SSE flank shows a vehicle that was overrun by the extremely fluid 1977 lava flows from the draining of the summit lava lake. The older Shaheru stratovolcano appears on the left horizon.