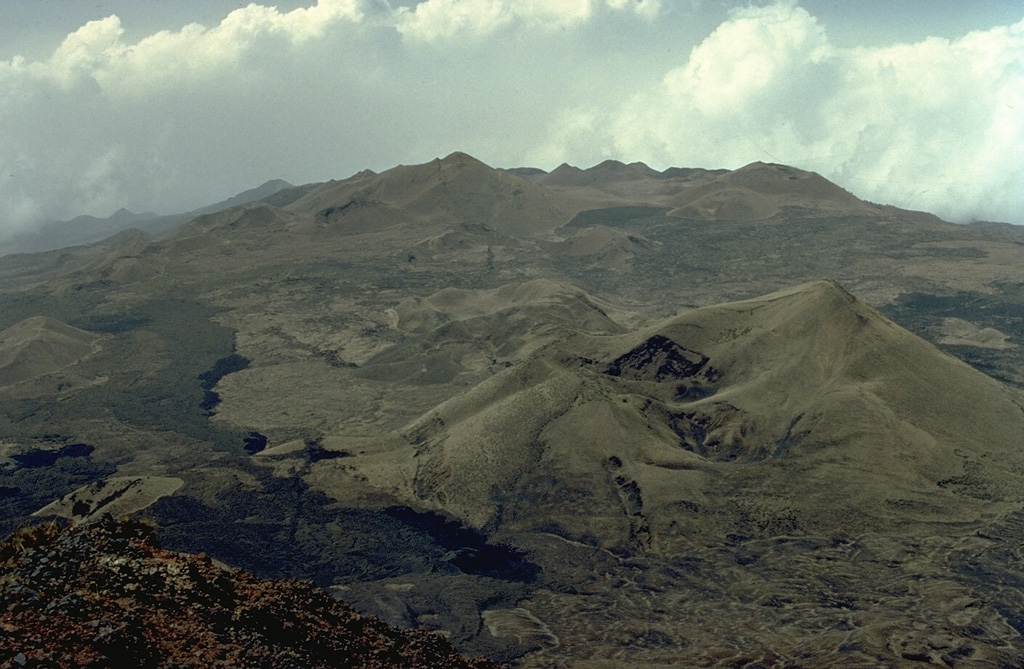 Mount Cameroon, one of Africa's largest volcanoes, rises above the coast of west Cameroon. More than 100 small cinder cones, such as those seen in this 1975 photo, occur on the flanks and surrounding lowlands. A large satellitic peak, Etinde, is located on the SW flank. During historical time, moderate explosive and effusive eruptions have occurred from both summit and flank vents. More than a dozen eruptions have been recorded since the 17th century. A lava flow from a 1922 eruption low on the SW flank reached the Atlantic Ocean.