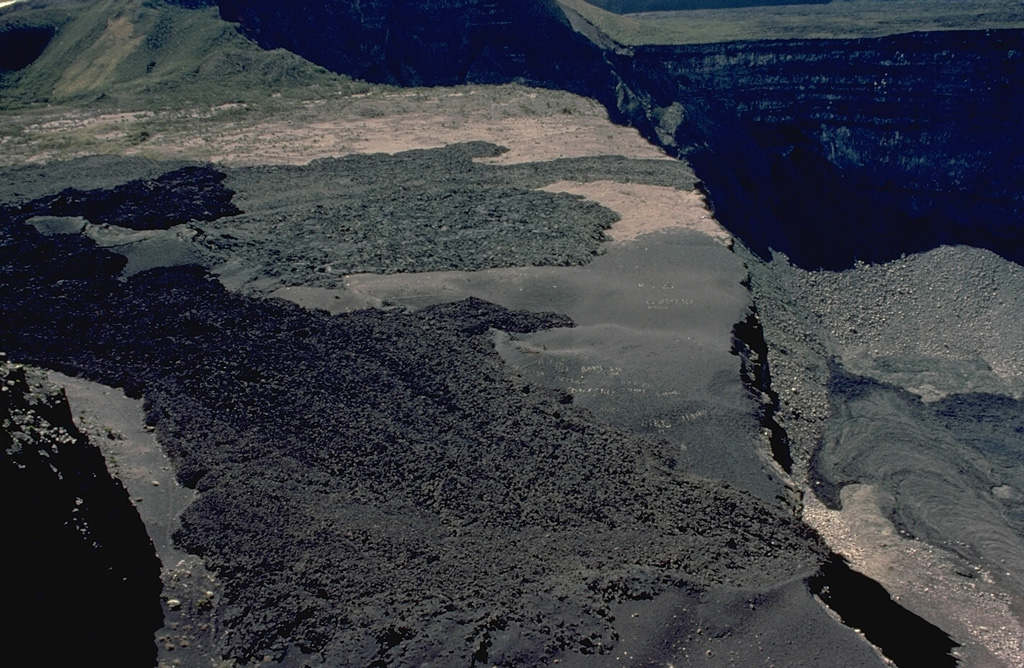 The west rim of the summit caldera provides a view of two lava flows that traveled across a bench on the caldera floor. The darker flow in the foreground was produced during an eruption in 1972. It partially overrode the gray-colored flow beyond it produced in a 1965 eruption. Both flows traveled across the broad bench, one of four large platforms within the caldera, before dropping to the lower floor of the Choungou-Chahale caldera. The morphology of the compound, 3 x 4 km summit caldera has frequently been modified during historical eruptions.