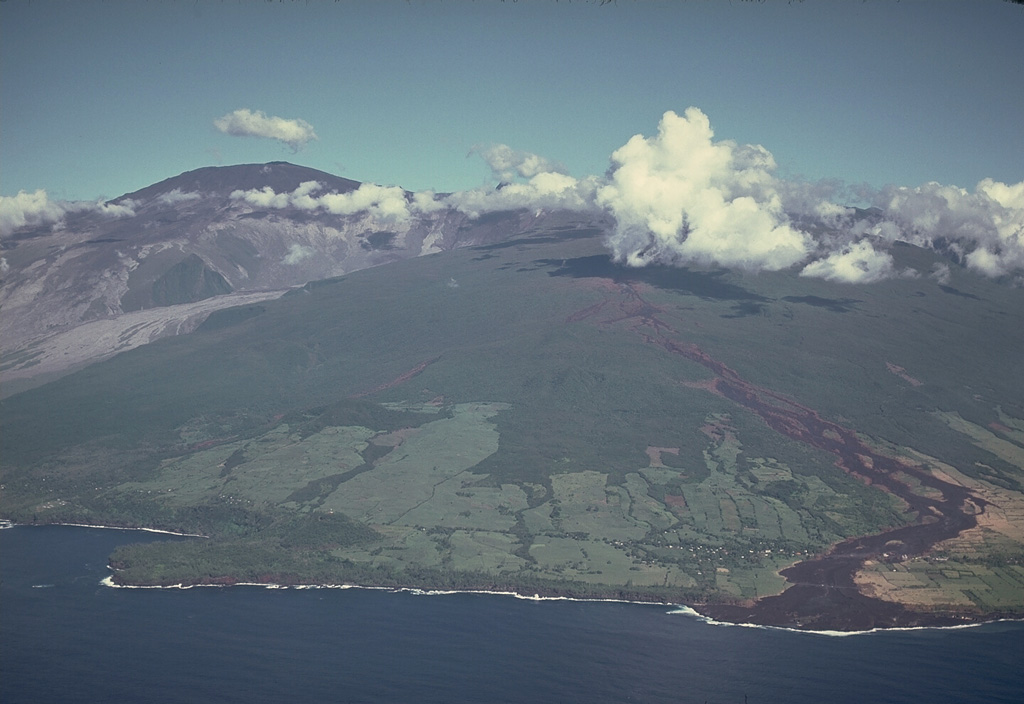 The massive Piton de la Fournaise on the island of Réunion is one of the world's most active volcanoes. It is seen here in 1977 with a black lava flow descending the outer NE flank to the sea. The unvegetated summit (top left) was constructed within an 8-km-wide caldera that is breached to the sea. Its sloping N rim is marked by the diagonal vegetation line at the left. More than 150 eruptions have occurred since the 17th century, mostly from vents within the caldera.